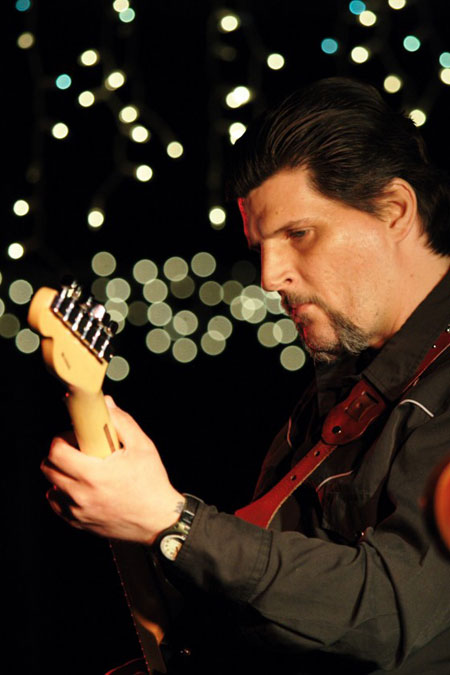 Seattle’s purveyors of monolithic minimalist rock, EARTH, have confirmed their first live actions for 2014 and the initial murmurs of a new LP.

This Spring, EARTH will trek into the American Midwest, centered around this year’s massive Big Ears Festival in Knoxville on March 29th and 30th, where they share the stage with Steve Reich, Television, Jonny Greenwood, John Cale, Stephen O’Malley, Oren Ambarchi, Tim Hecker, Low and countless more, followed by Mission Creek Festival in Iowa City on April 2nd, sharing a bill with the likes of Philip Glass, Oneohtrix Point Never, Wolf Eyes and many others. This is the first tour EARTH has routed since 2012 while supporting their sprawling Angels Of Darkness, Demons Of Light Part II LP released via Southern Lord that year.

EARTH is currently mixing tracks in Seattle and while it remains shrouded in mystery, EARTH’s founder and lead guitarist, Dylan Carlson has publicly stated that it contains some of the heaviest material they’ve written in years.

Though EARTH remained largely dormant since 2012, Carlson has spent much of that time focused on solo material, releasing a series of short run releases and touring across Europe throughout the later part of 2013.

EYEHATEGOD To Burn Down Europe This Summer, Perform At Housecore Horror Film Festival