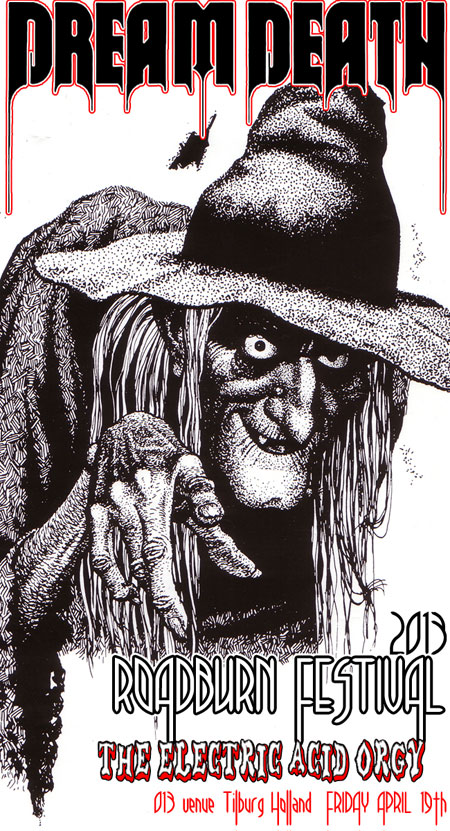 “We have always acknowledged the metalheads of Europe as the first true supporters of the band and with the help of Jus & Electric Wizard and Roadburn as well, we are excited to play our first ever exclusive European show”, says Brian Lawrence.

“The band will be playing music spanning their entire history; from the first demo tape up to and including new tracks from our forthcoming 2013 release.”

“And, of course, there will be a heavy, heavy dose of Journey Into Mystery to bludgeon your skulls. Dream Death is coming to Europe. Nobody can get you out of this nightmare.”

Combining metal, doom, speed metal with hardcore vocals, Pittsburgh, PA’s Dream Death, gained significant popularity among the metal underground in the eighties. They formed in 1985 and earned their place in metal lore because of the unique ways they evolved traditional doom metal into their signature doom / death metal sound, which for critics and fans alike was something missing from the metal spectrum, and something that metalheads wanted to hear.

After releasing two two highly acclaimed demos, developing a solid and growing fan base, and leaving behind heavy live shows the word of mouth propelled them to a deal with New Renaissance Records, garnering Dream Death a full album deal, which resulted in the band’s 1987 debut, Journey into Mystery. The album stands as a  true underground classic, with the band still being talked about and referenced as a seminal piece of metal history.