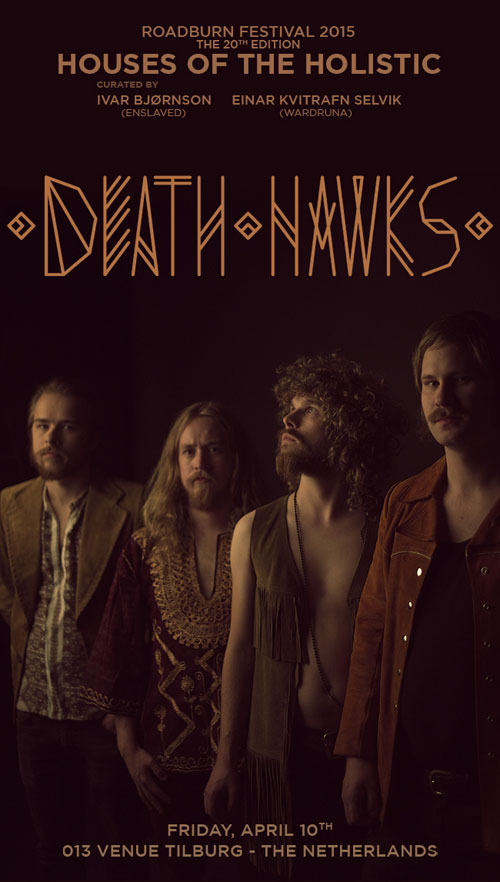 Walter & co are excited to announce that Finland’s own Pekko Käppi & K:H:H:L and Death Hawks  have been confirmed for Houses of the Holistic, Ivar Bjørnson‘s and Einar “Kvitrafn” Selvik‘s curated Roadburn event on Friday, April 10 at the 013 venue in Tilburg, The Netherlands.

“Discovering Death Hawks will certainly remain one of the highlights from the programming of our “Houses of the Holistic” event”, says Enslaved’s Ivar Bjørnson. “They’ve got that 60-70s psychedelia-vibe pinned down far better than almost any other “retro-band” I’ve come across (quite a few should just should listen to Death Hawks and give up).

However, that’s just a superficial attribute: the music speaks for itself – they’ve got an intense melodic and psychedelic vibe; that grabs your frontal lobes and drags you along the trip. Their video-hit “Black Acid” has got to be one the closest sonic representations of acid (the mind altering variant, not the material dissolvent) within music. And they really deliver live; so make sure to turn on, tune in and drop out during their show at Roadburn 2015.” 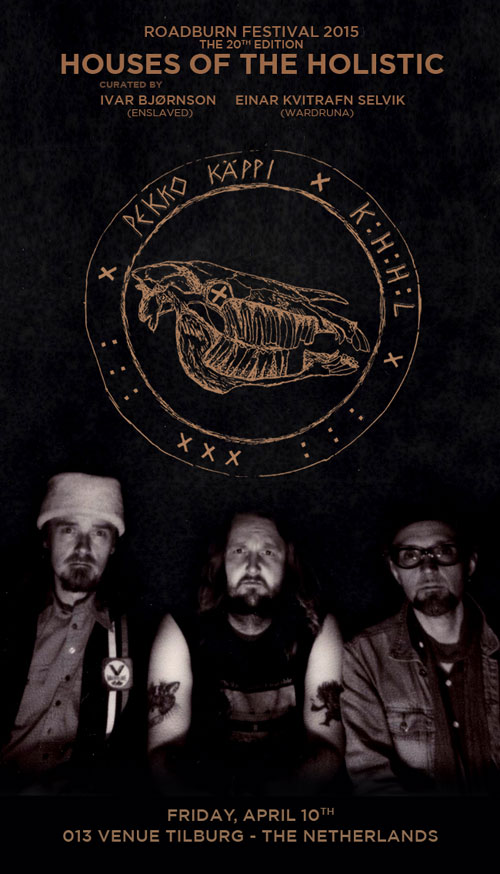 “When I was asked to curate for Roadburn 2015 together Ivar Pekko Käppi was actually the first artist I thought of so it´s an absolute pleasure to welcome him and is group into the “Houses of the Holistic” line-up”, says Wardruna’s Einar “Kvitrafn” Selvik

“His raw, honest and heartfelt musical expression is truly unique and is ultimately breathing new life into some very old musical and poetic traditions of the north. Singing ancient songs, playing on his traditional Finnish-Karelian bowed-lyre (aka Jouhikko) in his highly un-traditional manner, Pekko Käppi & K:H:H:L blend the ancient and contemporary brilliantly. This should not be missed!”