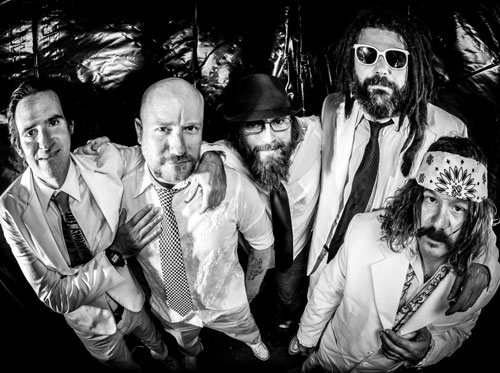 Born of boredom and bourbon, WHITE DYNOMITE are considered gentlemen of experience and true Rock City pedigree. Featuring ex-members of Roadsaw, Scissorfight and Wrecking Crew, this five man band has a shared love for all things loud, fast and loose.

And today, the self-titled debut album is officially re-released, lovely pressed on to, well what else, but diamond white vinyl and CD by the ever faithful Ripple Music, and to celebrate, The Sleeping Shaman is proud to be streaming all 11 tracks of blistering rock ‘n’ roll debauchery with that in your face punk attitude, now click play below to be whisked back to the halcyon days of the 60’s & 70’s…

White Dynomite is out now and available to buy on vinyl/CD via the Ripple Music webstore and digitally via Bandcamp.