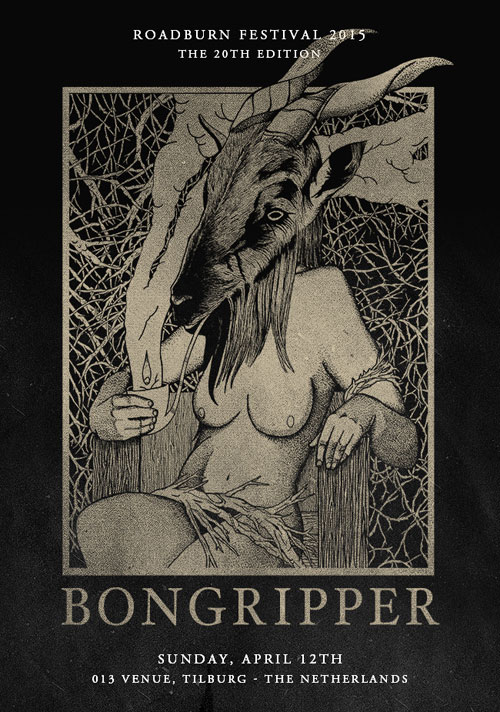 In addition to performing their latest album, Miserable, in its entirety on Thursday April 9th at the 013 venue in Tilburg, The Netherlands, Chicago instrumental four-piece Bongripper will play a second set on Sunday, April 12th at the traditional Afterburner.

The instrumental four-piece has released 6 albums, as well as several splits, collaborations and a Live at Roadburn album in their almost decade existence. The band’s low-end frequencies decimated both the 013 and Het Patronaat venues at Roadburn Festival 2012, and according to the band, “Bongripper’s live punishment will make you a masochist for your Endless Descent Into Ruin.”