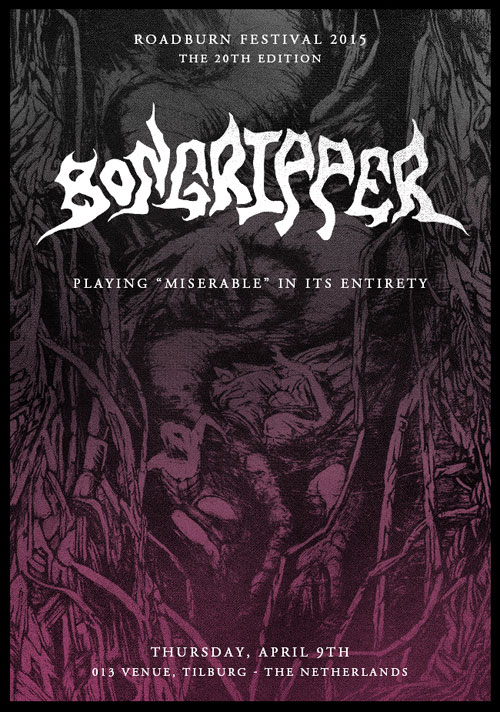 Chicago instrumental band Bongripper will make a welcome return to the 20th edition of Roadburn Festival, set for April 9 – 12 at the 013 venue in Tilburg, The Netherlands, with two sets that feature their unique brand of devastating doom.

The first will see them play their latest album, Miserable, in its entirety at the main stage on Thursday, April 9. The second will be later that weekend (more info about the date to be determined).

The instrumental four-piece has released 6 albums, as well as several splits, collaborations and a Live at Roadburn album in their almost decade existence. The band’s low-end frequencies decimated both the 013 and Het Patronaat venues at Roadburn Festival 2012, and according to the band, “Bongripper’s live punishment will make you a masochist for your Endless Descent Into Ruin.”