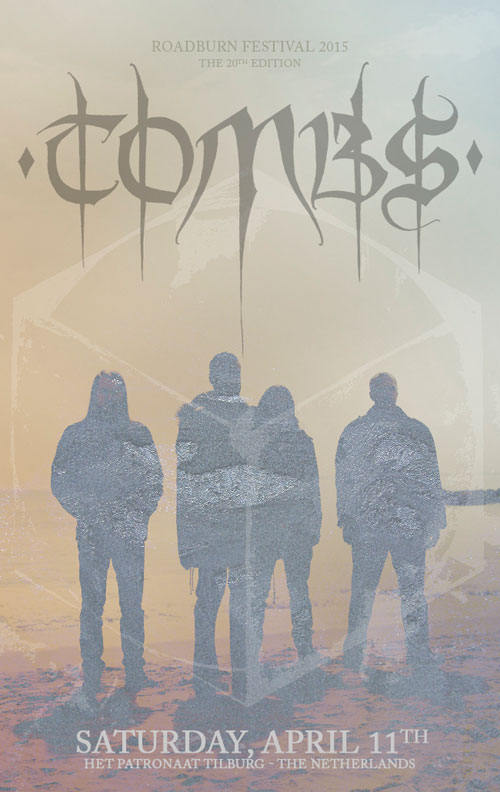 Brooklyn’s Tombs is one of the finest heavy bands in the world. Their second album, Path of Totality, pushed them into the vanguard of the burgeoning post-black metal scene, and found its way to more than a few 2012 best of the year lists as well. The band made a lasting impact at Roadburn in 2012 too, delivering a much-lauded set that navigated between turgid sludge, distant post-punk, blistering black metal and dark psychedelia.

Fast forward to 2014: Tombs is marching ahead boldly with their latest release, Savage Gold (Relapse Records). Their third album is definitely one of this year’s metal masterstrokes. Savage Gold again sees Tombs fusing black and post-metal, but by simplifying their sound the band offers a much heavier, angrier tone, punctuated by breakneck blast beats and high-stacked guitars, ice-sharp melodies and deliberate rhythms — never limiting themselves sonically.

As huge admirers of Tombs blackened ferocity, Walter & co simply couldn’t resist bringing this primordial killing machine back to the 20th edition of Roadburn on Saturday, April 11th at Het Patronaat in Tilburg, The Netherlands.