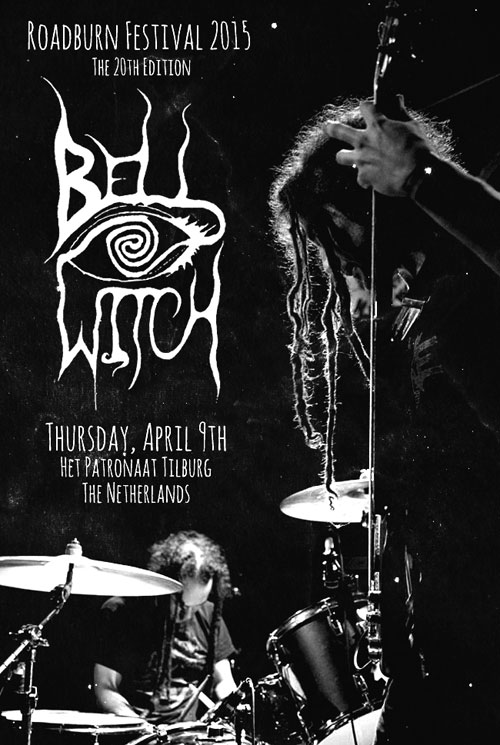 Desolate, devastating doom duo Bell Witch will be bringing their spaciously crafted paeans of dispiriting yet beautiful post-doom to the 20th edition of Roadburn on Thursday, April 9th at Het Patronaat in Tilburg, The Netherlands. Hailing from the rain-enshrouded pacific northwest, Bell Witch manage to make to bass and drums seem like an entire of orchestra of abasement and melancholy while still paying homage to the concept of less is more.

Musically they ply a path of churning, classic funeral doom with respites of post-rock melancholy. The vocals run a gamut of styles from dISEMBOWELMENT‘s blackened roar to Ras Algethi‘s monk-like incanting, lending a pristinely unholy feel to the blackly liturgical proceedings.