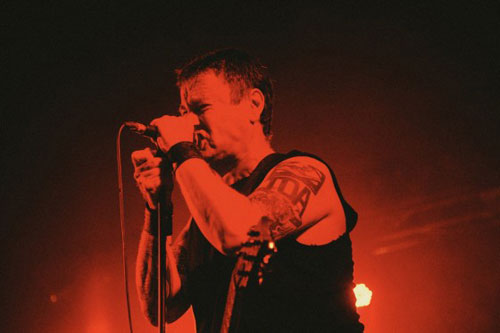 While TODAY IS THE DAY is currently in tour preparation mode — leaving for their brutal trek with support from Lord Mantis in less than a week — the band has confirmed a rash of additional new tour actions, including a crushing US run with the infamous EyeHateGod, going to battle for their incoming tenth studio album, Animal Mother.

From October 7th through the 30th, the package with Lord Mantis package will storm the across the country, making its way westward, where on November 1st, TODAY IS THE DAY meets up with EyeHateGod, as well as Power Trip and Iron Reagan for a pair of shows in Oakland and Santa Ana. Two headlining TITD shows, including a gig with Sea Of Bones, follow, then another nine dates with EyeHateGod ensue, coming to a close on November 21st in Houston, with Pig Destroyer also on the final night’s bill. Stand by for even more tour dates from TODAY IS THE DAY to be confirmed in the dark days ahead.

Southern Lord will release Animal Mother on LP, CD and digital download in North America on October 14th, as the band’s first venture for the label. Dispatching nearly an hour of new material, which early reports are already dubbing the band’s creepiest and heaviest chaos in years, Animal Mother’s wrath recalls elements of several seminal TITD albums, merging the dementia of Temple Of The Morning Star with the blazing delivery of In The Eyes Of God, seeing cult leater and guitarist/vocalist Steve Austin joined by drummer Jeff Lohrber (Enabler, ex-Harlots) and bassist Sean Conkling (Regression, Burn Your Halo, Sprawl). Recorded, produced and mastered at the frontman’s Austin Enterprises in the Maine wilderness, Animal Mother features original artwork by Samantha Muljat (Bl’ast, Earth, Baptists).

Animal Mother’s first single for the track Masada was released via a David Hall/Handshake Inc.-created video via Metal Injection. 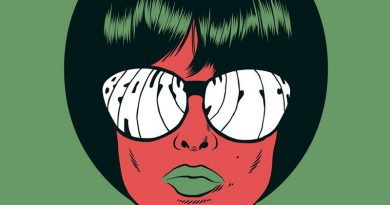