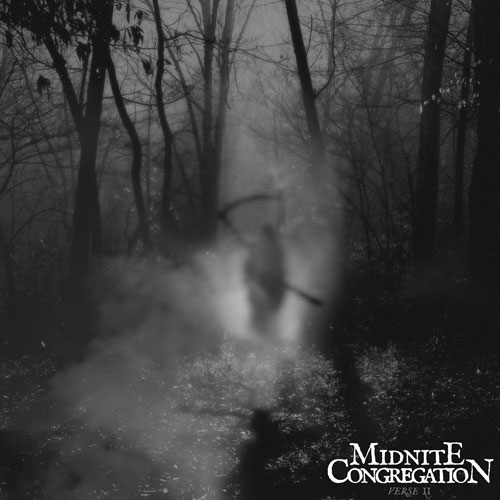 With just three days to go before COUGH‘s exclusive west-coast appearance at Midnite Collective‘s dark celebration of arts, crafts and music at Midnite Communion II: Out Of The Woods, the LA-based label has unearthed Fuck Up, a track that was recorded during the COUGH/WINDHAND Reflection Of The Negative split-era and never released.

The song, along with exclusive tracks from SHROUD EATER, TRAPPED WITHIN BURNING MACHINERY, INVDRS and LADYBIRD, along with the first US release of a song by THE HAUNTING GREEN, makes up Midnite Congregation – Verse II, the second in a series of compilations hand-picked and put out by Midnite Collective.

Get an exclusive first listen to Cough’s Fuck Up and the rest of Midnite Congregation – Verse II over on CVLT Nation.

This Saturday, the annual celebration of arts, crafts, and musicianship within the realm of darkness befalls upon Los Angeles. Midnite Communion II will play host to nine artists, four musical performances, and a number of crafters, toolers, and builders all with an artisan approach.

Specifically curated by the Midnite Collective, this year’s theme is entitled Out Of The Woods, celebrating the emergence and accomplishments within the first year of renewed vision operating under the guise of Midnite. By unifying these creative entities with the endarkened community of greater Los Angeles, the purpose is not only to share these outlets with our brothers and sisters within the shadows but to extend gracious appreciation for the incredible support through 2014. 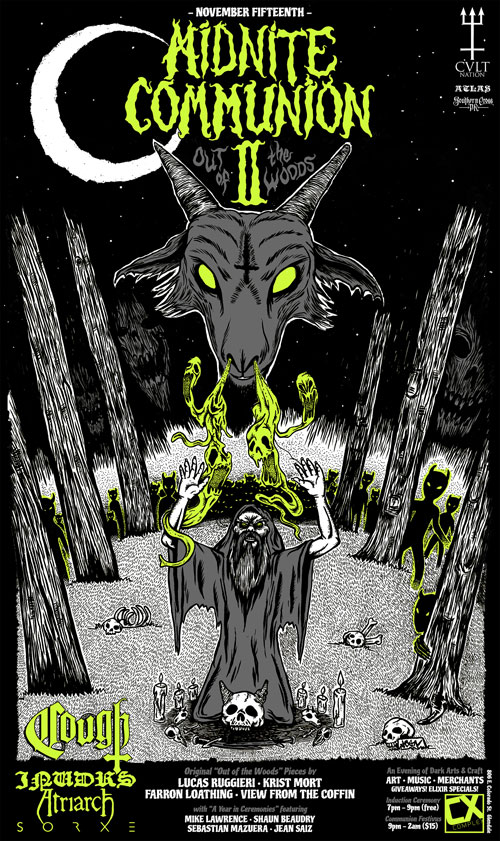 Taking place on Saturday, November 15th within the confines of The Complex in Glendale, California, this Communion will have two periods of worship and tribute. Beginning at 7pm, the art exhibit and craft fair will have an opening reception free to the public. At 9pm, the venue will be emptied and re-entry will be granted with tribute for the musical acts while the art exhibition and craft fair will still be available for viewing and perusing.

Pre-sale tickets for Midnite Communion II: Out Of The Woods are still available HERE.