CONAN‘s unique style of Doom/Drone/Stoner Metal won over audiences at the Roadburn Festival 2012 consequently resulting in the release of the live album “Mount Wrath: Live at Roadburn 2012“. Past shows with label mates AHAB and a recent tour with Bongripper have further established CONAN as the doom powerhouse to watch out for! 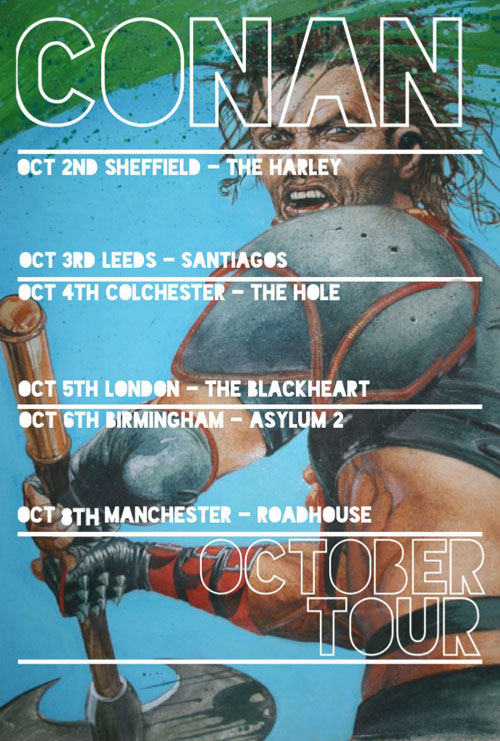 Early in the year, a couple of videos appeared online for CONAN playing 2 new tracks live during their tour with Bongripper, if you missed them, don’t fear as you can still stream ‘Foe Hammer‘ & ‘Gravity Chasm‘ below.