Roadburn are pleased to unveil the artwork for Roadburn 2014 designed by none other than Costin Chioreanu.

After his aesthetic and outlook proved supremely compatible with ours over the last couple of years (the official artwork for Roadburn 2013, various band posters, exhibitions, and the video premiere of Outside The Great Circle), Roadburn invited him back to stamp his inimitable signature on the 19th edition of the festival by designing the official artwork.

For the first time Costin has collaborated with Richard ‘Robotmonster’ Schouten, Roadburn‘s in-house-artist and designer of the official logo for the 2014 festival. Feast your eyes and see what has sprung forth from the fertile imagination of these highly talented visionary artists. 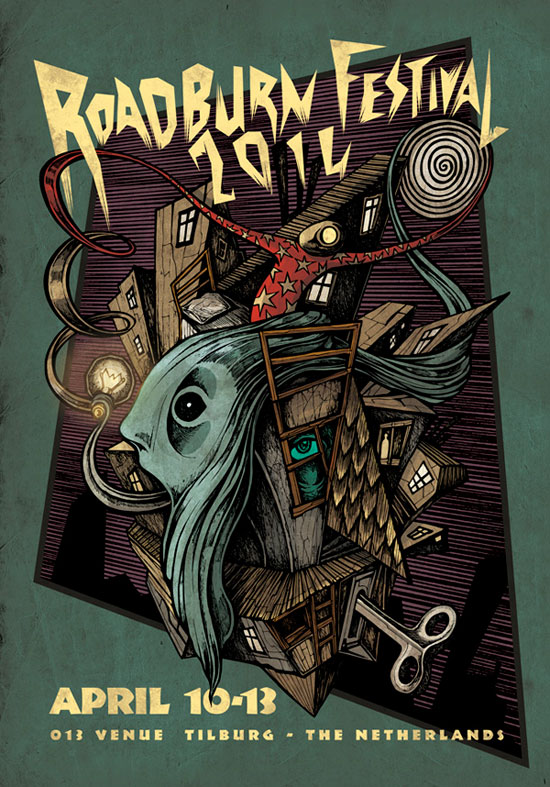