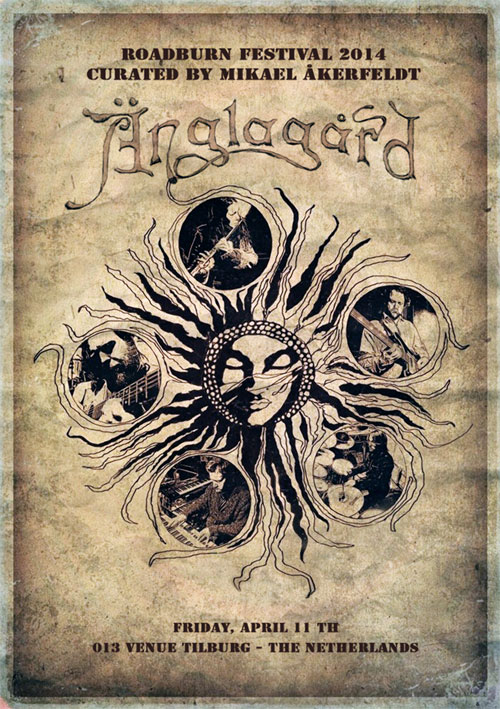 Roadburn are very excited to announce that Swedish prog-rock legends Änglagård have been confirmed for Mikael Åkerfeldt‘s curated 2014 Roadburn event on Friday, April 11th at the 013 venue in Tilburg, The Netherlands.

“I’m so happy to announce that Änglagård is taking part in my curated day at Roadburn 2014”, says Mikael Åkerfeldt, “If you don’t know them they are one of the three (together with Landberk and Anekdoten) pioneers of the second wave of Swedish prog/psychedelia. Just like the other two bands their sounds are heavily focused around the ghostly presence of the mellotron, yet the three bands sound nothing the same. I last saw them ”alive” last Summer and I was quite floored. Their show will be a winding musical journey of light and shade. Beauty and… the beast? Never mind my ramblings. They are amazing and you will love them. Just shut up!”

THE ACCÜSED Return To The UK And Europe With Fresh Songs And A New Line Up!