Having been without live music since March of 2020, I was beyond ready for a show. Lucky for me Old Blood stopped at Barleycorn’s in Wichita, Kansas on Halloween night. Their lead singer Cat Braithwaite aka Lynx was kind enough to have a brief chat with me before their blend of soul and psychedelic doom burned the landscape.

Thank you for performing in Wichita on Halloween.

I’m ready to get witchy in Wichita.

How did you prep for this tour? With concerts being so scarce for so long I’m sure you were equally excited and a bit apprehensive?

This tour has been on the book since spring. We started planning it in mid-August. We were so ready.

I’m sure you’ve missed the energy exchange when performing in front of a crowd?

Yes, we were excited to get back out there. We did a lot during 2020. We shot videos, I honed my makeup skills, we released the Acid Doom album. I don’t feel like we wasted that time. I learned a lot about music marketing, also we’d be ready to tour again.

As someone who has a major in cosmetology, I have to compliment the outstanding makeup. Is it to add to the music experience or is there a deeper story behind it?

The half face makeup I’ve shifted it into, I feel like it plays at the duality of Lynx. She is a seer. A knower. She sees stuff no one else can. She keeps her secrets, but she tells you about yourself. You’re not going to get away. Lynx will catch you.

Lynx will kill the guitar player for some cool album artwork?

Yes. It was out of love. And thankfully I didn’t have to sit on him [laughs].

The half face makeup I’ve shifted it into, I feel like it plays at the duality of Lynx…

Lynx, I looked up your Discogs and was floored to find out this was your only professional release as far as I could find. How long have you been singing?

I’ve been a singer all my life. I’ve sung on other albums. I’ve been in a disco band. I’ve done a lot of musical theatre stuff. But this is the first time I’ve ever been in the kind of band I’ve really wanted to be in. When I saw Old Blood was looking for a singer, I went all in and auditioned.

What’s the strangest thing that’s happened at any show?

Ohhhhh [laughs], well in Seattle my parents showed up. I mean. They’ve never been to a metal show before.

They actually did! I was shocked they stuck around after the music started. I thought they’d come by, give their best wishes, meet the guys and go home. Maybe go to the yacht club or something. But no. They came. Stayed for the first band. Saw us. The third band started and they said ‘okay we’re gonna go now’.

When I saw Old Blood was looking for a singer, I went all in and auditioned…

I listen to the music of Twin Peaks…

My wife and I watch that religiously.

…and you’ve never seen me because I ended up on the cutting room floor.

Yeah, I don’t remember how old I was, but I was an extra. It was a rush call, and I was there about half a day. I don’t think I made it on camera because I watch that…a lot.

We need to talk more about that that later! Back to music, does it bum you guys out that outdoing an album named Acid Doom is damn near impossible?

We’ve been working on new material since September. But I’m not telling you the title for that one yet. And that it’s even more mind-blowing.

Then we both geeked out over David Lynch… 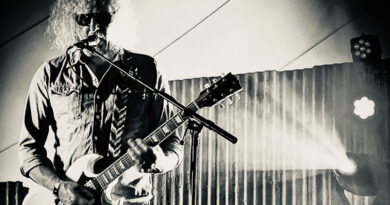 In Search Of Tone: Mathew Bethancourt Of Josiah 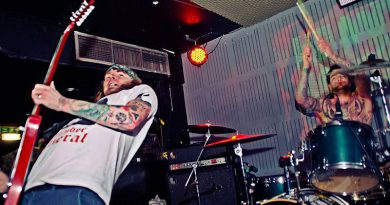 Dopefight: An Interview With Ant Cole