Why are there so many people in my living room and who the hell stole my couch?!?! Oh wait, this isn’t a live stream, this is a real live concert! Static Age Records in Asheville, NC hosted three incredible bands – Doomsday Profit, Cosmic Reaper and US Christmas, aka USX, on November 13th. As my wife put it after the show, ‘it wasn’t a concert it was an experience.’

Doomsday Profit kick off the show just after 8:30. I could have stood a little closer to the stage but that would have been on the stage, so maybe take a few steps back. Just like their album, Crown Of Flies opens the show with epic force, feeling the power of the music. Yes, I have missed this! Doomsday Profit continue playing their album in order by starting up Scryers Of The Smoke which means, if my calculations are correct, Cestoda is next! It is! The opening riff echoes through the small venue and awesomeness that ensued cannot be put into words. Consume The Remains followed and by then Doomsday Profit had the crowds undivided attention. Just in time to introduce a new song called No Salvation which kicked as much ass as the previous four songs and shows Doomsday Profit has a great future.

They finished their set with two more songs, Destroy The Myths and Monument To Nothing (which I learned is an older song, but not on their debut album and has an ever changing ending.) Bryan Reed was front and center holding down the rhythm guitar and growling out epic vocals, Kevin See was off to the left playing soulful leads and fast paced mind melting solos as the tempos picked up (especially on Monument To Nothing where the tempo changed multiple times, brilliant closer). Ryan Sweeney had that place shaking with his incredible bass skills and was rocking on stage, Tradd Yancey never let up on the drums and all four together put on one hell of a show. Phew! What a night, at least it’s a short ride home.

Oh, wait Doomsday Profit didn’t close! (even though they played like headliners), things have just got started! Cosmic Reaper is next! The colossal riffs that rang out opening with Hellion was absolutely perfect. The band sounded just as good, if not better than the album. At this point my wife and I were at the back because we stepped outside between sets, but the floor quickly filled so we hung back, which my ears thanked me for. Hellion was followed by Heaven’s Gate and the crowd in front was moving in unison completely consumed by the music. Cosmic Reaper took a step back and played an older song, In The Lair off their Demon Dance EP, quickly followed by a brand new song called Sundowner. Again, I’m looking forward to their new music.

Crown Of Flies opens the show with epic force, feeling the power of the music…

The highlight of their set was Wasteland I & II. I was very excited to hear the opening notes of Wasteland I because I didn’t think they would play that. They transitioned seamlessly into Part II and the heavy chugging riffs again consumed the crowd and everyone was head-banging in unison. The band had control of the crowd and held it as they finished their set with the album closer Infrasonic.

Bassist Garrett Garlington was front and center and had plenty of energy. It was awesome hearing some of the effects he used on the bass. I believe it was a choppy Tremolo type effect during their new song Sundowner, but I was having so much fun it’s hard to tell. Either way it sounded awesome. Thad Collis was on stage right, the guitar tone was exquisite, his vocals were ethereal and could be heard easily in the mix. His harmonies on guitar blended seamlessly and Dillon Prentice played a mean lead guitar. His tone was outstanding and reminded me a bit of Garrett Morris in Windhand. Sitting behind the kit was Jeremy Grobsmith who again did not let up. He’s a monster on drums and when they were doing soundcheck, I particularly noticed his drum sound was very cool. Two bands in and this has been one of the best shows I’ve been to!

USX starts loading their gear on the stage. My wife and I get a quick breath of air and then back in to get up front before the crowd. One of the coolest parts of the show was the fact that I was right up front for USX only to be standing next to Dillon of Cosmic Reaper and seeing Tradd of Doomsday Profit right on the other side rocking as if they were just fans attending the show. USX starts off the show with Wolf On Anareta and I typically like the slower USX songs but turns out I love them all. It was a powerful start. Lazarus is next after a minor amp/guitar issue that was a fairly simple fix and back to the music! Say Sister and Silent Tongue are played back-to-back which comes off of Eat The Low Dogs, both songs sounded amazing and as if I was listening to the album, but really really loud.

The last song surprised me and ended their show with Fear Of Falling. It surprised me only because it’s a Nate Hall song vs a USX song, but that has been on repeat since the show. It was an epic closer to an epic night and the band played their hearts out on this song. First Mike Corwin stepped off the stage with his bass in hand and rocked out in the crowd allowing some fans to hit the strings while he changed notes. Always awesome. Then Nate took his turn and played one hell of a solo in the crowd. You know it’s a good one when you take a broken guitar string from your hair when it’s done. Graham Scalia laid down some awesome leads with his custom made aluminum neck guitar that really covered the higher frequencies. Last but not least, Tony Plichta beat the hell out of those drums while playing some awesome beats throughout the set which wrapped up right about midnight. As I said before it was a night to remember.

Say Sister and Silent Tongue are played back-to-back… both songs sounded amazing and as if I was listening to the album, but really really loud…

After this, I don’t know if I can enjoy a large stadium show ever again. This was just too much fun and getting to chat with the bands between the sets was made the night complete. Each and every member is extremely down to earth, and my wife and I walked out of there with a huge smiles on our faces, and our arms full of merch. Thank you to everyone who made this epic show happen. 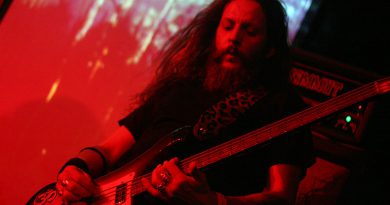 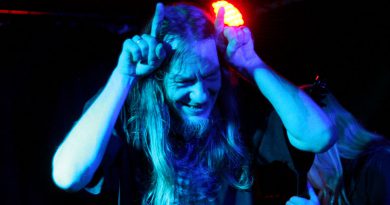 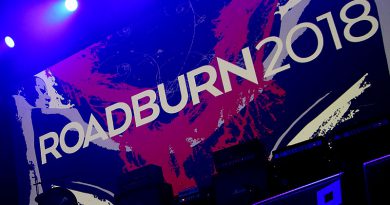