For me personally, 2022 was a year where I could finally enjoy live music again. In addition to the constraints of the pandemic, I developed tinnitus in both ears due to an accident in 2021. The perpetual ringing phenomenon is the bane of many musicians, technicians and ordinary persons everywhere, and as such I plunged into a nasty spell of depression. But after a period of adaptation and getting back into life’s wonders, I was ready to face the music, so to speak. It also helped that this year yielded some truly worthy gems, and here they are…

While I much prefer Elder’s earlier material, I cannot fault the American-born/German-based act for continuing on their journey of musical evolution. Having left their stoner roots largely behind, they now opt for an intensely melodic progressive rock approach, with some occasional flourishes of post-punk and ambient music thrown in for good measure. Innate Passage is a considerable improvement over 2020’s somewhat disappointing Omens. In contrast to its predecessor, it is a much more streamlined, refined and focused album that does justice to Elder’s ambitiously melodic sound.

Seán Mulrooney‘s brand of Celtic-infused psychedelic world music, performing under the moniker Tau & The Drones Of Praise, is put on impressive display in this live set meant for Roadburn. With a dizzying array of influences, and an undercurrent of much-needed positivity in an uncertain age, it’s a real joy to behold as Mulrooney and his accompanying musicians weave a dynamic and organic tapestry of various flourishes and moods. Mind you, it’s rare for me to include any live album on any ‘best of’ list, but the Live At Roadburn Redux completely warrants it.

While the production is a bit iffy, I cannot help but be impressed by these Marylanders. Featuring deeply passionate vocals recalling the Golden Age of ‘70s hard rock and some truly dynamic and assertive heavy riffing, Axe To Oak is a damn fine stoner record. If you want to come home and air-guitar to your heart’s delight after a busy day at work, this is an album for you. I am very much looking forward to seeing what Faith In Jane has next in store for us in the future.

Following the tragic death of member Caleb Schofield, I wasn’t sure if Cave In would ever return. But they certainly have with this triumphant record. Employing long-time friends and Converge members Nate Newton on bass and Kurt Ballou in the recording studio, Heavy Pendulum is indeed heavy and is a plethora of the band’s vast array of different styles, from punishing metalcore to heartfelt acoustic ballads. A welcome return for the band and an honorable tribute to their fallen brother.

Combining sledgehammer doom with the best of grunge’s more metal characteristic, these five English gents deliver a profoundly heavy record. II: The Ground Below is a huge leap beyond their admittedly strong 2018 debut. Famyne smash through track after track of blistering metallic rage like a mighty polar icebreaker. Granite guitar riffs stomp and march along to vocalist Tom Vane’s soaring voice, it’s a pulse-pounding album that balances fury with function. Just don’t wear your neck out from too much headbanging

I’ve often said that the best kind of supergroups are those that are more than the sum of their parts and simply just exist as a band, Big Scenic Nowhere effectively displays that. Somewhat similar to Elder, the Southern California quartet are moving away from the sound their members are most known for and into something more dynamic and melodic. The Long Morrow is not a fuzzed out high octane desert rock album, but a more introspective piece that showcases its members’ talents. Bob Balch (Fu Manchu), whom I consider to be one of the best stoner guitarists around, shows that he is capable of going to places you wouldn’t normally expect.

I’m tempted to describe Longheads as the UK’s answer to King Gizzard and the Lizard Wizard, but that wouldn’t be a fair assessment. The young quartet’s DIY approach and effective use of various elements of psych, prog and kraut rock is profoundly well executed. Mars Doesn’t Feel Like Home Anymore takes you to all manner of tripped out soundscapes, gentle passages and acidic freakouts. Mars may no longer be a viable real estate for an erstwhile interplanetary traveler, but Longheads have provided a magnificent album for exploring the rest of the cosmos.

Like many others, I am convinced that Clutch simply do not have a bad album, but they have quite a few weird ones, and none is weirder than Sunrise On Slaughter Beach. The blues rock maestros have brought some surprising elements of prog rock and art rock into their mix, crafting songs that I wouldn’t have expected from them. Having grown up watching Neil Fallon roar into a microphone at various underground Washington DC venues, I never would have guessed he would take up playing the theremin one day. Another fine (and odd) addition to perhaps one of the strongest discographies of any musical act ever.

Combining a swirling mass of psychedelic and alternative rock influences, Novaturia is a moody and immensely satisfying record. The Swell Fellas craft a great collection of songs that are just as reminiscent of Brit Pop as they are of Tool’s atmospherics and Earthless’ soaring jams. And they’re the third group on this list from Maryland! Ethereal guitars wind alongside sinuous basslines and assertive percussion to form one hell of a rock record. Give the Fellas some love, they deserve it.

At number one for me is the impeccable Self-Titled release from classic blues rockers Nine Moons. Employing all the best aspects of late ‘60s/early ‘70s British hard rock with some modern flourishes, this album is chock full of great hooks, memorable lyrics and a genuine sense of fun and reverence for past eras. If Greta Van Fleet are the McDonald’s of retro rock, Nine Moons are a five star gourmet restaurant. This was my most listened to record of 2022, accompanying me on many long drives. I am eagerly anticipating the next offering from ‘the Moons’ and it is my hope that you will as well.

Humanotone ‘A Flourishing Fall In A Grain Of Sand’

Happy Holidays to everyone and stay safe and classy! 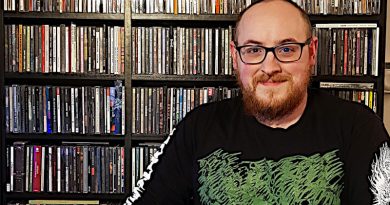 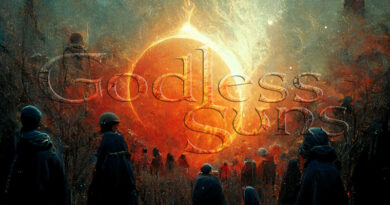 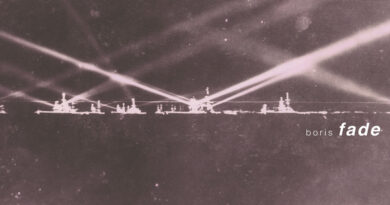