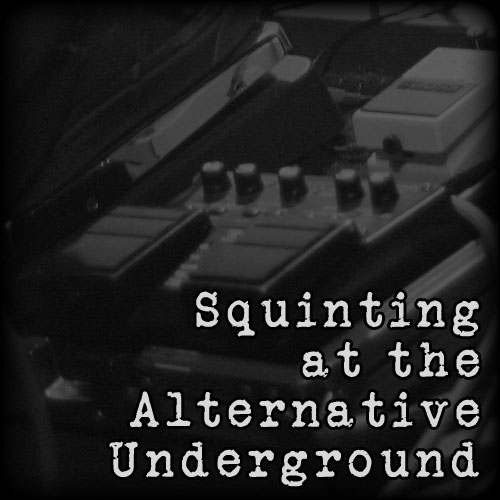 Over recent years there has been an apparent increase in the number of events within the alternative music scene. The rise of amateur promotion: Increasing diversity, fuelling the underground and giving a stepping stone to an entire nation of bands whom are doubtlessly obligated to play shows. We have the opportunity to put the bands on we want, regardless of their size; they’re great so people will watch them, and if we don’t have the cash to do it, we could ask people that might attend for it? Globalisation and technology has made it possible. Instant communication with everyone; exposure on the internet combined with relatively cheap travel.  What a glorious reprisal of our era!  Something more than spam email and bulging brown Primark bags being hauled around like exploitative Father Christmas’s of the high street. While it’s difficult to find figures that are representative of the music scenes live activity as a whole, the rise of independent music brings us more bands, more choice and more great times to be seized.  It’s all gravy on the surface, but as happenings over recent years have shown us, some of that might be runny shit.

An increase in quantity like this can only mean that people are forced to choose more carefully what they attend, in reality everybody has a finite amount of resources and seeing as though the UK hardly feels like the land of opportunity, this means some of these events will not succeed. This has lead to festival and gig promoters losing large amounts of money, yours truly included. The mistake, regardless of whether there is or isn’t a viable business opportunity, is the drive of personal passion and enthusiasm to create something great within the scene; awesome music whatever the cost. Time has shown this doesn’t make you immune to taking a financial dive. 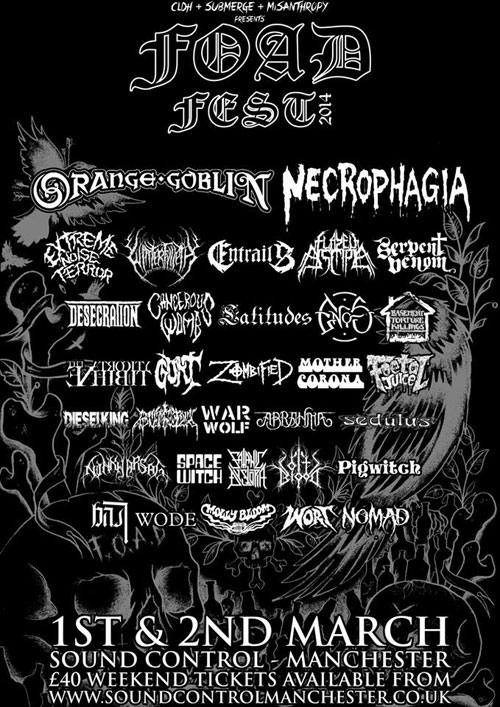 It’s difficult to recall just how many promoters have said they’re going to jack it in via rants on Facebook or be forced to admit they can’t afford to carry on. Some of these are delusional idiots who aren’t putting anything on people want to watch; some are the promoters who’s gigs people will really miss once their negative figured bank accounts have prolapsed from the countless times they’ve been fucked. The scum bag promoter who’s filling his time between the hip student nights (SPUNKBBL!!) will carry on un effected, and the professional promoters who put the fail safe shows on, will ride on through it regardless.

The local band scene putting on small gigs will also survive because it isn’t dependent on money. It’s the middle sized gigs, bands from abroad not quite big enough to be snapped by the jaws of professional promotion. These are the gigs that bring people together from across the spectrum of the scene; they allow local bands the opportunity of playing alongside their influences and bigger names. Unfortunately, those who get giddy about this changing trajectory of the scene, or are ambitious enough to decide to put on something larger will inevitably become jaded and poor for it. The hits over profit will probably take their toll; at busy shows you might be tempted to think that the nights buzz has led to financial gratification; the likely hood is, if this is the case, the band have a 75% to 85% deal, or that the large fee they paid for the band leaves them gloating with a profit that will be mainly consumed within a few more beers and a kebab before home time. That seems to be the extent of success. The amateur promoter is a selfless higher entity:  Whether drunk, unprofessional or whether they throw up in your tour van, (FUCK YOU MARCEL YOU SOCIALLY STUNTED HUMAN FERRET) they are your friend. They are the Christ like beings who will bleed for your absence; they bear the burden of dealing with cash hungry, greasy email creeps, agreeing to the implausible cash wise with the excitement and naivety of a puppy. 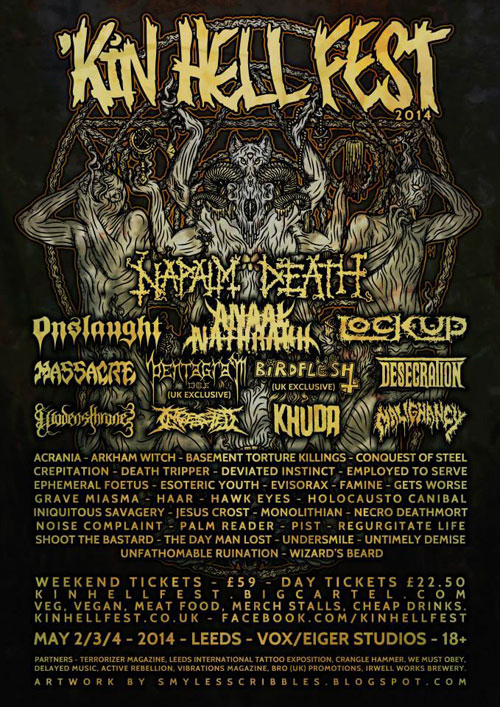 Promotion and gigs on this level are as economically sound as a bottle of whiskey and the locked box full of door cash. As much as fans are complained about, the only reason these gigs carry on is due to a fantastic group of people who make it to as many shows as they can, despite being as hard up as anyone else, and the god willing ebb and flow of other intermittent attendees. Maybe they alternate gigs between masturbating over vinyl, or maybe they’re just busy people. Sure fire gigs turn into financial catastrophes for unexplainable reasons and gigs that have reason to struggle do well. When the wheel of life turns and your current promoters die a financial death, smashed to pieces by the lorry of circumstance, just hope that there’s some bright eyed rabbit willing to stand in that road for some length of time.