An end of year list is never an easy thing, but in a year such as this one that has, due to the lack of gigs, seen so much more music released than usual it’s even more difficult. I’ve consumed more music from a critical standpoint this year than I have ever done before, and although I haven’t formally reviewed everything on my list, they’re all outstanding records that have in some way punctuated my year.

On my blog Wolves In The Drone Doom I’ll be publishing a Top 25 of 2020, so please check it out as all bands included are deserving of an honourable mention, but for The Sleeping Shaman I was asked to cut it down to just 10.

Last year’s LφVE & EVφL wasn’t Boris‘s most convincing album, at times it felt a little bit like the band were trying too hard and in turn it lacked a bit of the character which makes them such a unique entity. On the other hand NO feels like Boris in their most natural and elemental space creating whatever music they want to. Recorded spontaneously during lockdown, NO might not be their best album, but it captures them at their most primal, raw and visceral, and at every step this record sounds uniquely Boris.

A haunting and truly hypnotic doom metal album from Black Sadhu that combines traditional psychedelic instrumentation into drone and doom better than almost any artist I’ve heard before. Each song on What Is Real? has its own character yet still fits within the album’s musical narrative. The German trio’s stunning album was one of the highlights of my year, and it’s a record to truly get lost in amongst the chaos and confusion.

French blackened grind band Satan produced one of the most memorable albums of the year. I was slightly disappointed by Krallice’s 2020 effort Max Cathesis, so hearing a band like Satan producing music in a similar vein but with less focus on technicality and more focus on raw passion and energy was an absolute joy. It left me quite stunned, and the more I listened to it the more I just wanted to keep on listening.

The last gig I went to before lockdown hit us in March was to see Turnstile in London. Turnstile were of course incredible, but the support band Gag were equally as stunning. They took things back to a time where hardcore was all about fun, freedom and expressing negative emotions in a way which you could aggressively dance to. Their second album Still Laughing, released a few months after that gig, took all the energy and vibrancy of their live show and distilled it into a brilliant piece of weird and unique hardcore that felt like the perfect catharsis for the year.

Hardly a day has gone by since August when I haven’t thought about the insanely catchy riffs and fuzzy guitar tones of BlackLab‘s Abyss. The Japanese duo crafted a brilliant stoner doom record that amassed many of the genre’s tropes and remodelled them in their own unique form. I’ve heard a substantial amount of generic and uninspiring stoner doom this year, so Abyss was an incredibly refreshing listen. The curious vocals and grungey melodies have given this album a special style which, despite the restrictive nature of being a two piece, BlackLab have managed to maintain across the entire record.

This one is hard to surmise in one paragraph, and I didn’t even try to review it properly because it’s simply too massive a piece of music; and I mean that in every sense. Neptunian Maximalism‘s Éons combines drone music, doom metal, free jazz, tribal drums and avant-garde soundscapes into a two hour long epic that is psychedelia in the truest sense of the word: it alters the mind. It’s still heavy, but it’s heavy in a way that transcends metal, and that is something to be revered. It’s also a record less challenging than you might expect for something of this nature, evidence of the skill and intuition amongst the array of composers that make up this incredible collective.

Imperial Triumphant‘s fourth album saw them advance the cinematic avant-garde approach they took on Vile Luxury, turning up the weirdness another notch and crafting a completely enveloping musical world. Alphaville feels like a journey through some unimaginable dystopian city; it’s constantly thrilling and never fails to surprise even through repeat listens. It’s garish, tasteless and quite discomforting in its brazen disregard for any type of metal formality, but it’s for all those reasons that I adored this record.

3. Thou & Emma Ruth Rundle ‘May Our Chambers Be Full’

I was anticipating this record so much, as I know many others were, that I was genuinely worried it wouldn’t be able to live up to those expectations; and I was right, it didn’t live up to those expectations – it utterly crushed them. All the heaviness and eclecticism of Thou‘s take on sludge is brought out and made more powerful by Emma Ruth Rundle‘s remarkable vocals and beautiful guitar layers, and at no point do you feel like either artist has compromised any element of their style. May Our Chambers Be Full is a stunning record that doesn’t just combine the sounds of both artists but actually elevates them to something even greater.

My first introduction to the idea of psychedelic black metal was with Nachtmystium, and whilst I have discovered other artists doing something similar it wasn’t until Oranssi Pazuzu came along that I found a band that, for me, took this idea to another level completely. They are a genuinely unique band whose way with repetition and deeply intuitive composition is absolutely mesmerising. Mestarin Kynsi is completely transformative, moving the band into territory solely inhabited by themselves, and it’s the most musically brilliant album I’ve heard all year.

Sometimes the best albums aren’t the ones which touch your brain but the ones which touch your heart. Kvelertak‘s brilliant fourth album Splid was released back in February, before many of us were particularly concerned that this pandemic would devastate our lives in such a way. Things took a downturn soon after, and this year has been a difficult one for me personally, as it has for so many people. The emotional bond I formed with Splid never faded though, and in the most difficult times throughout this year, it is this record that has kept me positive.

I’ve always loved Kvelertak‘s music from the moment I first heard them over a decade ago, but up until this point Kvelertak had yet to produce a record as consistently amazing as their phenomenal debut album. Splid felt like a re-birth though, and with it they finally created an album that bettered their debut. Returning to work with Kurt Ballou was clearly a good move, and the guest slots from Nate Newton and Troy Sanders are both incredibly fitting. Some fans worried that after losing lead vocalist Erland Hjelvik they wouldn’t be the same band, but thankfully the truth is far from it.

When I listen back to Splid now I get genuinely emotional; this album reminds me of all the things I am thankful for in life, and more than any other album this year it reminds me of just how much music means to me. For this, and all the reasons above, Splid is without question my album of the year. 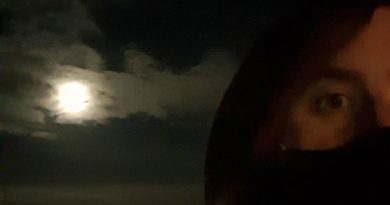 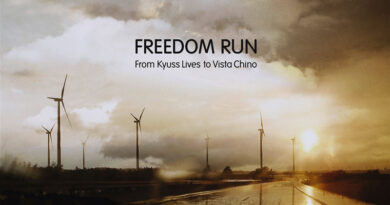 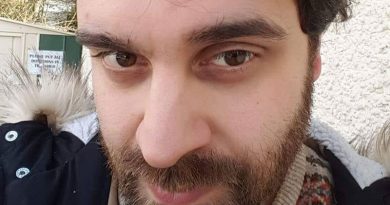