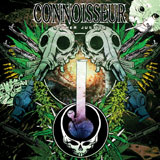 Justice? J-U-S-T-I-C-E?!?!  Bahhhh… don’t believe in it; did once… well, never mind, that was quite a while ago… BUT… anyway… ”justice” as in “stoner justice”; as in Stoner Justice, the title of the only just released set of songs by the Oakland, California stoner metal band and self-described “full blown marijuana addicts”: Connoisseur. It’s quite a bold thing, asking or demanding stoner justice. But, you know? Justice is theirs.

Seriously. I can attest to that; the whole justice thing. Let me explain. I had listened to this album around fifteen disappointing times. I had even written this very review based on those initial listenings and even justice’s eternal nemesis and ally, “judgment”; depending. I have to say, I didn’t find anything special those times. Not able to get over and past that, this final judgment informed my original review. Honestly, it wasn’t very complimentary. Evil elves ascended upon me though; and my work (review). With absolutely no reason or empirical catalyst to be aware of, the computer that had that first finished review (somefukinhow) died on me. No warning. No ferryman demanding payment. No nothing. One day, everything’s fine. Next day: not. Couldn’t even resuscitate the thing. Computer completely dead. Thanks evil elves. Surprisingly, out of the sudden misfortune, Connoisseur managed to squeeze some stoner justice out of me. Forced to download the album again. Forcing myself to give it another series of attentive listening, I began to really dig this album; this band.

Like I said, I initially didn’t find anything really extraordinary about this newest release. That doesn’t always necessarily stipulate a bad piece of work. For me though, I really seem to need to hear something fresh and radical and bold; and “good” nowadays to get my juices flowing about someone’s work. And fuck, I don’t want this to sound too bad, but even not blowing me away with some new fangled stabs at this thing called metal, Stoner Justice by Connoisseur, is pretty kick ass. Like I said, they really, through my misfortune though, earned (the divine and great metal hammer’s) justice.

Out of the gates, the band whirls into a frenzy of what I find to be a very nice and competent pounding of metal reminiscent of Megadeth. Maybe only an octave lower than Dave Mustaine, Carlos the vocalist hits his vocal campaign on that kind of a mark, if you can imagine what I’m trying to describe. Throw a dash of Destruction’s Schmier, and you can get an idea of how this fucker Carlos articulates Connoisseur’s metal mission. I say fucker in an endearing way, though, don’t misunderstand. Outside of Carlos, there are only two others. It’s hard to believe this band is only a three piece (besides a little enhancing with just a speck of backing vocals in a couple of places). Their sound is full. Very full. It doesn’t sound like there are only three of them. That’s cool.

Before you know it, you’re listening to like song number five. Aside from the just over three minute opening song; Circle Of Heads, the first few songs immediately following are a minute or under, or way under.  “Ahhhh, a hardcore punk kind of deal” you may think. And perhaps it does sound a tad similar, but metal this is; stoner, nicely crunching, metal at that. No mistake. That’s cool.

So, absolutely ridden with stoner references and humor, Connoisseur preaches the word. And the word is “get-stoned-put-Stoner-Justice-on-and-dig-their-metal”. Yeah, that is a word. 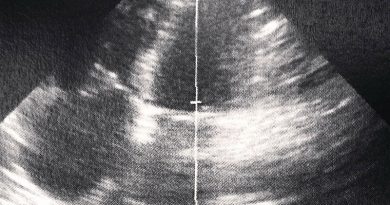