Kungens Män are a band that epitomise improvised psych and krautrock worship, the six members seamlessly feed off each other as they get lost in the music, and this is none more apparent than on their latest album, Kungens Ljud & Bild. Set to be released on May 6th through Centripetal Force and their own newly founded imprint, the aptly named Kungens Ljud & Bild, pre-sales for the limited vinyl of this sonic masterclass start on April 1st.

But before its release, we at The Shaman are thrilled to bring you the final cut from this new long-player in the form of the near six-minute mantra Stora rummet (Great Room), which, to quote the press statement ‘is a shining example of what happens when Kungen Män‘s improvisational prowess is performing at its peak.’

Furthermore, guitarist, bassist, and vocalist Mikael states, ‘I think this represents my favourite go to head space with Kungens Män. We’re taking it pretty easy, letting things evolve slowly and with small means, but when you zoom in and out you recognise all these layers that are floating on top of each other in a slightly disjointed way.’

Guitarist Gustav adds, ‘This is a piece I would have thought was written beforehand, had I not known it’s spontaneously improvised. The way the instruments present themselves one by one, taking their space in the mix, adding layers. A good example of the band’s style of instant composition within the framework of rock ‘n’ roll.’

While drummer Indy concludes, ‘One of those songs where I’m amazed that we manage to keep it all together. Letting the music guide you – not the other way around – is what’s happening here as we’re gently navigating our way down the rabbit hole. Never knowing where we’re going is the real magic.’

Centripetal Force is excited to announce the release of Kungens Ljud & Bild, the latest full length recording from Sweden’s Kungens Män. The album is being presented in a 350 copy vinyl pressing and made available for pre-order on April 1st. There will also be a limited CD run made available for pre-order on the same date. Kungens Ljud & Bild (The King’s Sound and Vision) will be released in stores and on all major digital platforms on May 6th.

Kungens Män hails from Stockholm, Sweden, where they formed in 2012. What started out with the sole purpose of hanging out as friends, occasionally with instruments in tow, has resulted in records on several labels and numerous European tours. The band is rooted in the psychedelic/drone rock tradition of bands such as Träd, Gräs & Stenar, and over the years Kungens Män has integrated influences from a number of genres, including krautrock, shoegaze, noise-rock and free jazz. The fundamental idea has never changed though – to get immersed in sound, and let the drone be the main trail taking the band to inner space – may it be through folkish melodies, noise, sonic blurs, modal outbursts, motorik beats or just good old head melting rock. And of course, it’s all improvised on the spot.

2022 not only marks the ten-year anniversary of the band, it’s their first venture into the North American scene, thanks to Centripetal Force, who are to release a special edition of the new album Kungens Ljud & Bild. It also marks Kungens Män’s first vinyl release on their own label (for UK and European distribution), which, like the album, is named Kungens Ljud & Bild. Why make things complicated?

As part of the celebration of their first decade, Kungens Män will playing the 2022 edition of the Roadburn Festival in The Netherlands, right before the time of the new album’s release.

Kungens Män and their new album Kungens Ljud & Bild releases on May 6th, pre-sales start on April 1st and will be available from Centripetal Force’s Bandcamp as well as Kungens Män Bandcamp. 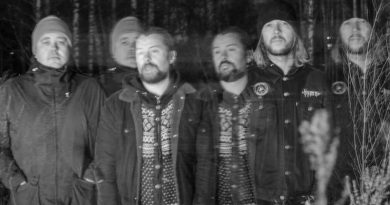 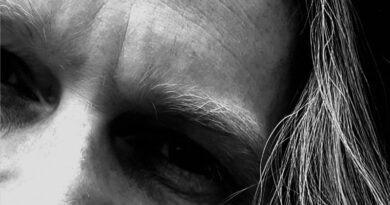 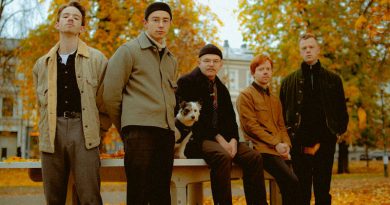