Bordeaux’s post-metal giants Year Of No Light have returned with their fourth full length, Consolamentum. A sprawling and unruly album, it will reaffirm their position as one of the most important bands in the genre. Although only recently returned from a lengthy hiatus, it’s clear that the band is in confident and accomplished form. From the album title, referring to the sacred rite of baptism in Cathar faith, to the artwork, vinyl packaging, songs and production, this is a grave undertaking, leaving little space for lightness.

The longevity of Year of No Light is clear when you consider that their formation occurred the year after Isis released Celestial and the year of the Pelican Self-Titled EP. If it was the case that was the peak of hard edged post-metal, since then bands have been finding ways to change, amend and fiddle with the formula, with Year Of No Light being at the forefront of that challenge. Here, a quickened tempo, very much aided with the pummelling sound of a twin percussive attack keeps the formula from feeling stale.

While very much at home with the tease and release classic post-rock recipe, like on opener Objuration and following track Alétheia, there are also moments when the band is prepared to sound more organic, ably helped by an exceptional production and mastering effort, within which it’s clear that the album was recorded live. The opening section of Réalgar in particular manages to sound remarkably psychedelic for such a disciplined outfit.

It’s in these moments that post-metal is able to transcend its limitations, and for this, Year Of No Light should be celebrated. Réalgar ably shows off the band’s ability to drag the listener through mood shifts as it employs a short doomy chug which then transitions beautifully into a synth led ambient section to close. A remarkable piece of songwriting that takes the best of the genre’s overused standards close to perfection.

Synth is to the fore once again on the opening of album closer Came. An industrial beat with overlayed guitars set the tone for a monster of a song. Ambient electronics herald the arrival of ferocious blastbeats as all of the tension created on the previous tracks is ripped to bits in an appropriately cathartic moment, as Consolamentum itself signals both rapture and death.

Artwork and design on the glossy double LP is by Stefan Thanneur, an experimental artist whose work graces many underground French records. The solemnity of the artwork marries beautifully with the music contained within. Year Of No Light can be seen at Damnation Fest 2021 in Leeds and have just announced European tour dates for early 2022. By all accounts a live colossus, and if Consolamentum is anything to go by, then their next tour round will be a trip to get involved in. 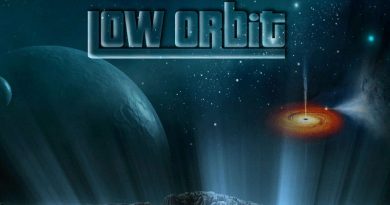