I’m guessing it’s because of the pandemic, but it’s over a year since the last instalment of Ripple’s Turned To Stone series came out. Last time round it was Howling Giant and Sergeant Thunderhoof redefining the split LP format, providing a single epic track each to form a sort of concept album. This time we have Wizzerd and Merlin providing the tunes, but while there’s only a single track on each side, they don’t seem to have followed the same unified concept idea. That probably makes sense as, apparently, the match-up came about as a result of a sort of internet meme war. Kids today, eh?

First up we have Kansas City’s Merlin, a mysterious collective that I’ve been finding difficult to get firm details of. For instance, their band photo on Facebook shows four members, whereas on their 2019 album The Mortal there are six band members credited, along with several guest musicians. Anyway, I was intrigued to find what the band would come up with here as Merlin are one of the few outfits I’ve come across who seem determined to follow their own path and genuinely don’t give a toss what anyone thinks. That can be good and bad for the listener: I loved their 2017 album The Wizard: an awesome collision of stoner-doom riffs, Dio-esque lyrics and lots of saxophone, but found The Mortal a touch too proggy for my tastes.

True to form, on Merlin’s Bizarre Adventure Merlin deliver something you weren’t entirely expecting: a largely instrumental twenty-two-minute prog odyssey through a whole smorgasbord of musical styles. It’s broken up into four movements, only the first of which really fits with Ripple Music’s usual output: a five-minute skewering of the lazy clichés that dominate today stoner-doom scene, delivered in a distinctly doomy style. Lyrically it’s spot-on and its dismissal of the endless use of skulls and old porn on band merch raises a smile. Musically, it’s solid with a sense that the band are building up to something more interesting. Nobody could accuse Merlin of sticking to lazy clichés, and after the first movement is over, you’re whisked off to verdant realms of prog weirdness. It’s quite a trip, travelling throughs sections that bring to mind 70s funk, disco, 80s synthpop and a whole bunch of other things.

I’ve got mixed feelings about the track. There are certainly lots of things to admire about it. Having the sheer chutzpah to record something so ambitious and out-there is pretty impressive. The musicianship is top notch and, despite covering such a broad range of styles, Merlin sound equally at home in each of them. The band even manage to make the transitions between the different parts of the track sound entirely organic and natural, which really is no mean feat. That said, whenever I’ve listened to it, I’ve generally found myself admiring, rather than enjoying, Merlin’s Bizarre Adventure. Despite the obvious skill and craft that’s gone into making it, there aren’t many sections that really stick in the memory or jump out and demand your attention. For me it’s an interesting rather than a compelling listen.

Flipping the disk over (I’m being imaginative here – for some reason labels don’t send out actual vinyl to reviewers) we come to Wizzerd’s contribution. I can’t claim any prior familiarity with Wizzerd, but as of now they’re a four-piece from Montana. They’ve been knocking out the riffs since 2014 with two albums, a bunch of other releases and (I’m taking their word for it here, seeing as I live on the other side of the Atlantic) plenty of road miles under their belt. On the basis of their nineteen-minute contribution to the split, they seem to sit on the more adventurous end of prog-infused stoner rock, like Sergeant Thunderhoof’s weirder younger brother.

As with Merlin’s contribution, there’s a lot to like about We Are. The bass sound is satisfyingly thunky and prominent and the vocals generally seem to have fed through some sort of strange processor – they sound slowed-down and reminded me of an old Thrones album I used to have. As is often the case with very long tracks, it’s hard to describe precisely, but there’s plenty going on – atmospheric acoustic strumming, angular prog, hypnotic trance-inducing passages, and the occasional piece of chunky rock. It’s all well-played and admirably ambitious but, rather like the Merlin track, for me it doesn’t demand repeat listens – there’s nothing wrong with the track, it just doesn’t grab me.

To conclude: while this instalment of the Turned To Stone series wasn’t quite my cup of tea, that shouldn’t deter anyone with a taste for all things heavy-with-a-dose-of-weird from checking it out. Both bands showcase some serious musicianship and the ambition on display is definitely to be applauded. 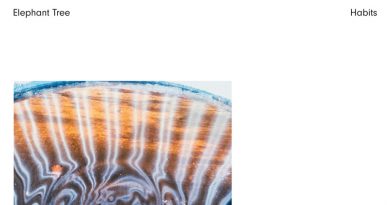 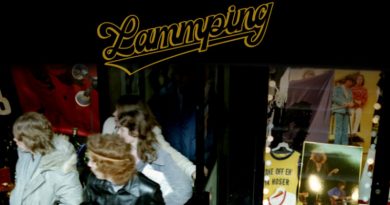