Nine years into their existence, and three years on from their previous release, Neither Man Nor Beast, come Australia’s very own Yanomamö, and if you don’t already know them, they make a rugged sounding sludge metal, which needs to be heard to be believed.

Taking their name from an Amazonian tribe, known for endocannibalism which, for those unaware, is the ancient ritual of consuming the flesh of a deceased family member and Yanomamö‘s sound is as equally intense as the ritual itself. It’s brutal, and this EP capitalises on that primal nature, and further expands their sound into new territory, which is self-evident on their new release No Sympathy For A Rat.

I must admit, until recently I had never heard of Yanomamo (the band or the ritual), so had no awareness of what to expect, but I was ready for a challenge. And boy was I rewarded.

With a running length of just twenty three minutes you get a lot of bang for your buck with this four tracker as there’s elements of Black Sabbath but also a hint of Corrosion Of Conformity or High On Fire, that’s especially evident on the title track, No Sympathy For A Rat, where crushing heaviness collides with psychedelic groove. If you were to take the vocals of Glen Benton from heavyweights Deicide, and slot them into some classic Black Sabbath, or even an early incarnation of Clutch, then Yanomamö is the result. It’s abrasive and aggressive in equal amounts.

It’s hard to not draw comparison with Black Sabbath, but that surely can only be a good thing, it’s a good vintage to draw such a level with, and the Sabs will always be the benchmark that all heavier bands strive for, with the iconic Iommi, Butler, Ward, and Osbourne sound, even if Ozzy’s vocal has been replaced with something far more visceral here.

A mention also has to be given to Jack Thomas, his fast paced, powerhouse drumming is at times breakneck, providing a formidable backdrop for the other three members to hook into and work with. Add in to the mix Clarence Wandren Albatross on bass, as heavy as a ten ton hammer, Jason Higson on guitars, providing ample riffage throughout it then falls to Scott Tabone to lash out waves of guttural vocal matching the primal aggression of his backline.

Throughout the four tracks on offer, it becomes apparent that Yanomamö are taking no prisoners, It’s a blistering release, and there is never a lull in momentum from start to finish. It’s like having someone pull you face first into an oncoming juggernaut of sound, without stopping for a break.

At no point does this feeling stop, and in particular, on The Offering, the energy coming through the speakers is insane, the blast beats are intense, and the vocal growls are somewhat reminiscent of imagining what the bowels of hell must sound like.

This is not music for the faint hearted, and for maximum impact needs to be played at ear shattering levels to fully immerse yourself into the crazy world of Yanomamö. 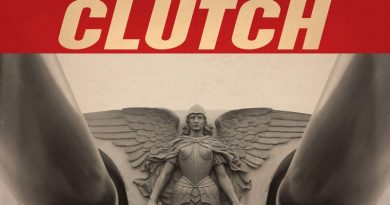 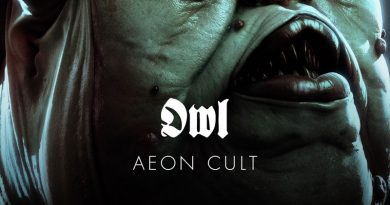