Bursting fresh onto the scene from Lisbon, Portugal, Vaneno have been together a relatively short period of time. Friends Miguel Nunes (drums), Eduardo Cunha (guitar) and António Tavares (guitar) came together to start jamming and writing in 2017. By late 2019, their ranks had risen to include Pedro Fernandes on bass and Alexandre Fernandes on vocals, and those jams, for what would be their debut release Struggle Through Adversity, were soon complete.

Taking their influences from the heaviest of hitters, Crowbar, Kingdom of Sorrow and Orange Goblin, Struggle Through Adversity is a seriously heavy weight jam combining sludge, stoner and doom that looks to leave bruises, despite only being only four tracks.

Glorybringer stomps out of the speakers with a robust paced riff, falling on the melodic side of abrasive, this opening showcase does more than tip its hat to the hard as nails sound of Kingdom of Sorrow. The big open riffs ring in a pure heavy style, the low end grinds, and the drums pummel with earth shaking impact. Over the top Alexandre roars with a bullish, full throated conviction, sitting halfway between Exhorder’s Kylie Thomas and KOS/Hatebreed’s own Jamie Jasta.

There are no surprises particularly, but you do get hammering precision from Nunes behind the kit, a heavy, even more intense and then back to slow dynamic, showing that Vaneno are heavy as hell, and not here to swerve you, but to simply deliver pure, unadulterated heavy metal.

Deceiver backs this up, you can feel the conviction in the scream of anguish that starts the track, before the band tear into a more Hatebreed style stomp. No less intense, it runs through all the competent workouts you’d associate with their influences, but features a deft, sinister sounding effect laden solo and ends full of vehement atmospherics.

Ad Nauseam ramps up the sludge element of their sound as the slowest contribution. Fernandes may not be the best vocalist you’ve ever heard do this style, but he is believable and at points, captures that guttural sense of loathing that resonates throughout the genre. When augmented by backing vocals, you have to give the band credit for trying to add extra dimensions to their sound. Add in the jarring solo and the chord progressions, Vaneo really push themselves to deliver monolith sized, honest heavy metal with no pretensions.

Final track Nightrider finally breaks the template they’ve been working to. Opening with a Mad Max sample from the titular character, they launch head first into a full tilt speed rush, recalling some of the classic Crowbar track All I Had (I Gave). Four minutes of pure adrenaline filled bludgeoning, Nightrider clips past at a relentless punk flavoured pace that works the movie dialogue into the lyrics, conjuring to the feel of the original movie, and at times not far from the sensation of watching the first 50 minutes of the recent Fury Road.

Absurdity Through Struggle is actually pretty good. Considering the band have only been together three years and have only been a fully fledged entity for a single year, makes Vaneno a prospect to watch. It’s not the most original release you’ll hear this year granted, but not every band out there needs to shatter glass ceilings. Produced by the band and Pedro Mau (Kneel, Wells Valley) at SinWav Audio, who also handled the mixing and mastering, Vaneo sound great and are armed with just under twenty minutes of hard as nails meta that’s begging for a pit in a small, sweaty venue, and as they build, and grow their own identify, they can hopefully maintain this trajectory. 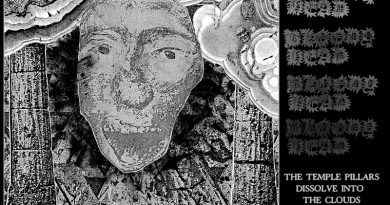