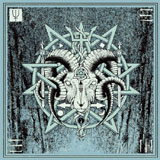 The three horsemen of the great unveiling known as the apocalypse emerge from the depths of the abyss for the fifth time to unleash another dire proclamation of doom upon mankind, and, well, it ain’t pretty.

Unearthly Trance are emphatically NOT a band to stand still and capitalise upon a sound that is well-received. They are always questing forward and working toward new forms in which to express their esoteric agenda, rarely going over old ground. With ‘V’, however, there is a slight change to their agenda.

Rather than a progression, ‘V’ feels like a culmination. A distillation of everything learned in the seven years since their first album, ‘Season of Seance, Science of Silence’. Everything that has gone before is present in the sound of ‘V’, but refined in the athanor of experience to produce truly WEIGHTY gold. The sound of ‘V’ is thick, psychedelic, minimalist, cold, spectral and seething with aggression by turns. Everything that we have come to expect from Unearthly Trance, but THIS time, even MORE so.

The overt aggression of old, embodied in such tracks as ‘Wake Up And Smell The Corpses’ and ‘The Dust Will Never Settle’, has now been replaced by an inwardly seething aggression, lurking beneath the surface and seeping out in a more controlled manner. ‘Submerged Metropolis’, ‘The Tesla Effect’ and, particularly the end of ‘Solar Eye’ BRISTLE with pent-up rage, Ryan Lipynsky spitting bestial venom like his life depends upon it. This isn’t so much restraint as a sense of assurance. Unearthly Trance KNOW they can destroy you, they just know it’s more effective to do so incrementally.

…and destroy they DO. Darren Verni, as ever, absolutely PULVERISES his kit, the bass of Jay Newman does double duty as a stool-softener and laxative, and Ryan ‘Killusion’ Lipynsky spits, snarls, exalts and roars over a guitar sound that should be registered as a lethal weapon. Ravening wild beasts to a man, Unearthly Trance do NOT fuck around.

Opener ‘Unveiled’ has the cold feel of the outer dark, wintery, psychedelically-spidering guitars weave between breeze blocks of that seething aggression that culminate in the actual sound of the void, a whispering abyss. ‘The Horsemen Arrive In The Night’ is ominously doom-laden with a furious delivery from Lipynsky and some head-caving tribal drumming from Verni. ‘Solar Eye’ is dramatic yet elegiac and features a slide guitar solo, which is something I would have never expected to find here, yet it is perfectly in fitting with the cataclysmic sound around it. The song ends on a rolling discordant riff that Neurosis wouldn’t turn their noses up at, a thrumming bass sound that is bigger than a small country and some full-on cathartic screaming.

Coming from THAT into ‘Adversaries Mask I’ is quite the shock, being as that ‘Adversaries Mask I’ puts me firmly in mind of Swans more minimalist material, such as ‘Failure’, with Lipynsky adopting a trance-like droning voice of a somewhat similar hue to Gira, or possibly Charles Manson. Of course, halfway in the bombast starts up again and we get a slow-motion pummelling, reminiscent of Neurosis circa ‘Through Silver In Blood’, before fading back to the droning Swans sound for the conclusion. ‘Adversaries Mask II’ is awash with looping static and feedback scree, a stealthy, creeping bass and drum-line and puts me squarely in mind of Man Is The Bastard playing Neurosis’ ‘Lexicon’.

‘Sleeping While They Feast’ contains a CRUSHINGLY kaleidoscopic riff that sounds like the space around your ears collapsing in on itself like a concertina, and ‘Submerged Metropolis’ alternately crawls like a wounded beast and bristles with discordant bestial rage. ‘Current’ is drivingly weighty and in serious danger of being ‘catchy’, especially when it is followed by the droning abyss of ‘Physical Universe Distorts’, which is not unlike Melvins ‘Hag Me’ caught forever on an event horizon. ‘Into A Chasm’ swings between said chasm and an almost upbeat, triumphal feel, but it is with final track ‘The Leveling’ that everything LITERALLY comes crashing down. A bulldozing riff evaporates into skeletally minimal pointillist guitar notes and humming, droning bass, before further devolving into funereal thuds like earth on coffin lids and the ghost of a delayed, effected guitar signal. Lipynsky moans from somewhere outside and black static falls like snow as we fade into the deep space ambience once more…

THIS is the sound of the apocalypse, the great unveiling. Unearthly Trance are the soundtrack to the end of the world as you know it, and they really don’t CARE if you feel fine. 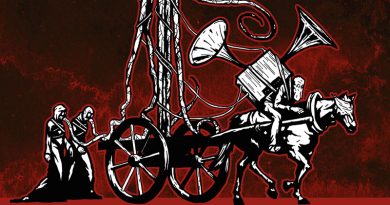