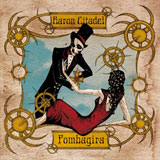 The tall, skeletal and immaculately dressed visage of the Vodou loa Baron Samedi leers out from the front cover of this, the third album from Ur-Doom duo Pombagira, leaning over what may be the figure of Maman Brigitte, his otherworldly wife. Their presence here, compounded with the hanging black cockerel on the rear cover and the scattering of Vévés throughout the accompanying booklet serves to indicate to those who recognise such symbols that what we have here, mes amis, is some dark hoodoo indeed.

To some, the figure of Baron Samedi, lord of la cimetière, is one that they recognise from the James Bond movie ‘Live And Let Die’, but to others he is the master of the realm of the dead, to be feared and respected, and to be honoured with offerings of tobacco and rum. Judging by their choice of artwork, album title and lyrical content, I suspect that Carolyn & Pete Hamilton-Giles, they who are Pombagira, may well be in the LATTER category….

The five tracks that make up the body of ‘Baron Citadel’ are rich with references to the murky world of Vodou, talk of fetishes, black snakes, cross-roads, the sacrifice of rum upon the dirt track and the baron in his cemetary. Dark imagery that perfectly suits this dark music. Not for Pombagira are the shlock-horror and sexploitation images of fellow doomsters Electric Wizard, no sir, this duo are talking REAL darkness.

‘Causeway Charred’ opens proceedings with a guitar sound that roars like 747 and a vocal tone to match – seriously, Pete Hamilton-Giles must have lungs like a pair of hot-air balloons. Vocally, this is none of your BM-influenced croaking or sludgy growling, this is a full-on bellowing chant, and an incredibly resonant one at that. I’m willing to bet he doesn’t even NEED a microphone. When this man hails the loa, you can bet they’ll sit up and pay attention!

Mr Hamilton-Giles is nimbly and ably abetted by Mrs Hamilton-Giles in the engine room doing a blinding job of keep this behemoth moving along with her driving, splashing, pulsing drums. With the sheer amount of air that these two push between ’em, you don’t MISS the bass player at all. As an opener, well, it makes the listener sit bolt upright and pay ATTENTION!

Immediate points of reference would be early Om, back when they were, y’know, GOOD, and an infinitely more monolithic, and infinitely less stoned, Electric Wizard. I’m reminded, also, of the latest Suma record, ‘Ashes’, due to, again, the monolithic status of the sounds on display here. Hell, if this record were a venerated geological formation, it’d be Ayers Rock. THAT’S how big it is.

The title track, ‘Baron Citadel’ itself, is hewn very much from the same cyclopean rock as ‘Causeway Charred’, but ever so slightly more down-tempo and actually HEAVIER in parts. Who’d have thought such a thing possible?? Actually, at one point, the distortion on the guitar is dropped-out completely as a subtle and plangently bluesy solo is rolled out, only to have it obliterated again by that deafening RRROOOAAARRR of amps on infinity and those commanding vocals.

‘Seals Of Grace’ starts off ‘clean’ – or at least as clean as Pombagira get – and then we’re off again, into the maw of the dragon with that scorching guitar tone. It strips flesh at 5 paces, I’m TELLING you. The roar eases off again ten minutes in as the Hamilton-Giles’ give us their interpretation of the more contemplative sounds of Om, veering into outright moody psychedelia with a delayed guitar part that moves from cascading blocks of sound into a humming skree like a Pterodactyl passing overhead. Don’t get too comfortable, though, as the amps come back to life with a resounding THRUM for the final razing of the earth. It’s hard to believe that this track is twenty-four minutes long, but then it is easy to become entranced by the hypnotic effect of the music and particularly the powerful ur-drone of the vocal line here, thus negating the passage of time.

The final invocation, ‘Corporeal Altar’ is a real EPIC. Twenty-nine minutes of epic, to be exact. Pombagira draw in ALL of the elements of the previous three tracks and meld them into one colossal ball of PRIMAL UR-DOOM. Gliding in on a delayed-all-to-hades opening ala Tool’s ‘Third Eye’, the meat of the track settles into a HEAVY Electric Wizard-esque groove with some particularly impassioned vocals from Pete. Everything grinds to a halt ten minutes in and that subtle, ‘clean’ guitar comes back into play to deliver a beautifully tasteful wandering solo over minimalist drumming and a burnish of reverb, before kicking back in for all of two minutes and wrong-footing us with a return to ‘clean’, sparse guitar again. The drums play a Bill Ward-shuffle, and the track definitely assumes an early Sabbathian hue for a while. The guitar starts to play a more clearly defined riff and the distortion slowly creeps in again and BOOM, we’re back in front of a jet-engine again for a few minutes of full-on DOOM ROCK, before its back to the ‘clean’ tone and the Sabs shuffle into the fade….

The invocations are made at a deafening volume and sacrifices are offered. If THIS doesn’t bring the favour of the loa, then NOTHING will.

This is LOUD, POWERFUL, DARK and OVERWHELMING stuff that deserves to be heard. For MY money, this flattens anything that Electric Wizard – Pombagira’s closest contemporaries – has done in the last few years and pounds it into graveyard dirt.

The Baron is gonna just LOVE this…. 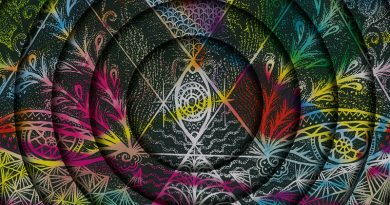 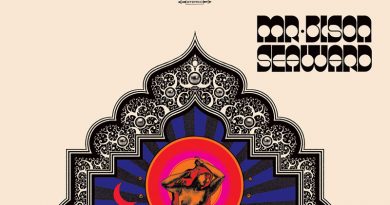