Before I commence the review I should point out that this is a vinyl reissue from Cold Spring of an out of print 2015 CD edition; the album was originally released in 2011 in a very limited and lavish box of about 40 by Kosci Tapes. For those who prefer a CD version, this will also be available in digipack format.

Trepaneringsritualen is a project from Thomas Martin Ekelund and has been active since 2008. Veil The World originally followed debut Ritualer, Blot & Botgöring (Rituals, Blot And Penance) and according to the promo-notes ‘marks the half-way point between the earlier, more atmospheric works of T × R × P, and the more visceral aggression of the later material’. Trepaneringsritualen itself is a reference to the eye-watering procedure in which a hole is drilled or scraped into the human skull. A possible indication of what listening to some of the harsh sounds on offer may feel like.

Cherem is a romanised version of the Hebrew term ‘herem’ and has several meanings, two of which are; a type of shunning in the Jewish community and a belief that any property imperilling Jewish religious life should be destroyed. Neither of these definitions prove particularly life-affirming and musically the track takes you down into the inner reaches of chaos with a menacing vocal accompanied by a series of feedback and drones. The latter particularly reminding one of a military airplane circling enemy territory getting ready to offload severe pain and destruction below. An apocalyptic start to the album. Veil The World takes more of an Industrial route with pounding percussion and pulsing rhythms which produced in conjunction with the demonic vocals makes for an utterly irresistible listen.

Avgrunden (Abyss) lives up to its name, with footsteps, scraping and various other noises making for a truly terrifying track while Lightbringer brilliantly evokes the sounds of Sunn O)))’s Black One album and Attila Csihar’s coffin like vocals. Drunk-With-Blood is akin to Leatherface being let loose with a chainsaw and is demonstrative of how great industrial music can be when the theatrics of Marilyn Manson/Rob Zombie are abandoned and pioneers such as Throbbing Gristle and Nurse With Wound tapped into.

Nekyia refers to an Ancient Greek form of Necromancy and I was reminded of Jocelyn Pook’s creepy accompanying score for Eyes Wide Shut, particularly the masked ball sequence. Powerful and unsettling. Akeldama is the Aramaic name for a place in Jerusalem associated with Judas Iscariot and with the blood curdling screams it sounds as if Judas is receiving some divine justice for his betrayal of Jesus. Possibly not one to play when you’re getting ready for bed.

By comparison to the prior track Invocation sounds like a veritable nursery rhyme and gives one an opportunity to compose oneself with a still dark but more melodic sound. C’est Un Reve (It’s a Dream) closes the album in far more traditional industrial fashion, reminding one of the weirder more off-beat moments from Ministry when they aren’t so fixated on sounding like Slayer. A comparatively straight-forward track with which to round off the album.

Cold Spring with their sometimes challenging, yet ultimately fascinating, output seem to be an ideal fit for a band like Trepaneringsritualen, while the album itself proved to be surprisingly succinct with the longest track at just over six minutes. It’s almost like Ekelund has a gage for knowing how far and how long to sonically punish his audience and get away with it. An excellent release for those (like me) who have a love for all things industrial, ambient and experimental. 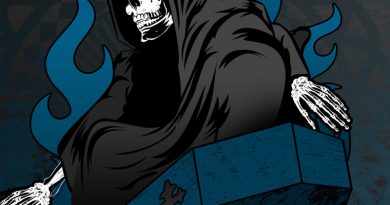 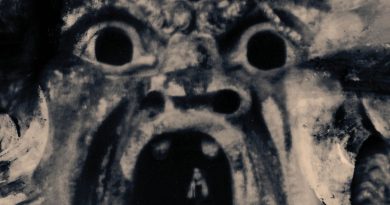 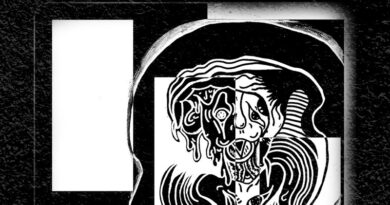