For those of you who have a real hankering for the classic sounds of the 60s and 70s in your hard rock, look no further, because something monumental is coming your way. Something so compelling, that it is going to lay waste to everything around it. That album, my friends, is Moongazer by the incredible Tenebra, and it’s being released by New Heavy Sounds tomorrow, 29th April.

Moongazer is the second album by the Italians and it’s the follow up to 2019s Gen Nero. It fits snuggly into the hard rock and psych blues categories, and if you long for those classic Led Zeppelin and Black Sabbathy vibes, this will set your soul on fire.

Over the course of the nine tracks, Tenebra conjures up a real concoction of psychedelic rock, infused with some modern hard rock goodness, to bring the spirit of the 60s and 70s to life. Right from the album opener, Heavy Crusher, the four-piece swagger in with a rock opulence that’s not been seen in a very long time in the rock scene. With soaring musical passages, chunky guitars, and a real Janis Joplin by way of Robert Plant styled vocal, the opener sets the pace.

Cracked Path takes things up a notch, without losing any of its classic rock sensibilities, and it’s actually track three, Black Lace, where things start to feel darker. Both heavier, and darker in mood, this track nods more towards the acts of the eighties, and I particularly get a Jack Russell of the band Great White vibe vocally with this one. Such is the versatility of the band, they can cruise through different time zones musically, yet each time they land, the output is incredible.

Carry My Load is like a gift from the heavy rock gods, brought down, and laid at our feet, resplendent in its big hooks, gruff vocals, and bass rumbles, with thunderous drumming. It lays the path for my favourite track on the album, Winds Of Change.

This track just oozes that Led Zeppelin feel, and there’s even a touch of seventies Bowie going on, I’m sure of it. This track feels like a lost classic, a relic to another time period, a long-forgotten favourite. With vibrant guitar work and a real 60s good time rock and roll feel to it, you can’t help but enjoy this one.

It’s at this point things drift into the territory of the Sabbath.

Tenebra have created an absolute beauty of an album…

Stranded sounds, and feels, like a lighter version of the Black Sabbath classic Iron Man. Not a carbon copy per se, but definitely a nod to the mighty ones. Huge riffs, bass hooks, and a slow thumping drum bring on daydreams of the dark lords. This morphs into something a little easier on the palette for a brief period, before returning to the doom, and those Sabbath vibes again.

From here, Tenebra shake things up again in their magical snow globe of ideas, and what comes out is Space Child. Opening with a passage from the Willy Wonka film, that’s taken from the 1873 poem entitled Ode by Arthur O’ Shaughnessy, the line ‘we are the music makers, and we are the dreamers of dreams’ is recited. Oh, how true too, especially as is the case with Tenebra, who can bring these wondrous musical dreams to life.

Again, the lords of Sabbath seem to be shadowing the tune, and it hints at War Pigs for a brief period. Like musical wizardry, I even hear the impromptu addition of some saxophone, and this throws in some serious Pink Floyd space psychedelia.

The penultimate track, Dark And Distant Sky mix up some super cool desert rock concepts, and this track leaves me feeling like I’m sat in a fast car, cruising through said desert, while Led Zeppelin sing at me from the passenger seats.

Moon Maiden closes the show, with one last nod to those Sabbath pioneers. After a rumble some introduction, this track opens into a more disjointed affair, and there’s a somewhat freefall sense to the playing. This is the most unique track on the album, and what a way to end such a fantastic album.

Hopefully, by now you can see where this album has taken me musically. It nestles between classic Led Zeppelin, and Black Sabbath, but without copying either of them. It honours that legacy and adds to the mystique of those sounds, and that period, without parodying it.

If you are a fan of those classic sounds and love hard rock, then this should be an essential purchase. As good as it gets, Tenebra have created an absolute beauty of an album. 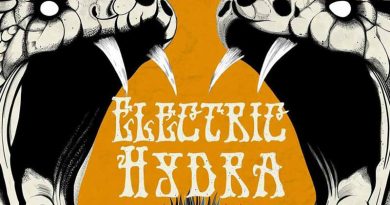 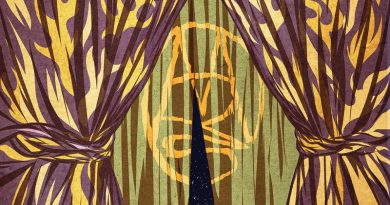