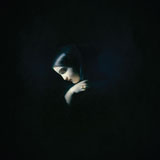 Hearing that Relapse had picked up True Widow last year was a strange one. In one way, it made perfect sense – the label has gone out of its’ way to pick up bands who’ve already established themselves as groundbreaking in the heavy music scene and True Widow are certainly already established and unique enough to have the Relapse power that be interested..but at the same time, they sound so unlike anything else on the label that one has to wonder what way people hearing them for the first time because of the connection will make of them.

For the uninitiated, True Widow’s sound can be summarised thusly: take the maudlin, reverb heavy sound of bands like Low or Red House Painters – now tune it down to B, and play it at a slightly more upbeat pace. A simple idea, and surprisingly one I’ve not heard done elsewhere. The end result is an almost cinematic, wide open sound world of rusty, deep sounding guitar, and haunted vocals that sound like something that might work on the soundtrack of a David Lynch film.

I’ll be blunt: I’ve been completely in love with this band for the last few years, and I expected a lot from this record. I wasn’t disappointed.

I’ll jump straight in with the pronouncement that “S:H:S”, the second track on this record, might be my new favourite song of theirs – a simple little tune that perfectly encapsulates everything I like about them – a simple guitar line that gets under your skin and just seems to somehow carry an air of both longing and tension at the same time, sparse vocals that sound distant and world weary, and subtle little bursts of what sounds like an ebow in the background. Perfect late night music, best enjoyed driving through empty streets at night.

The following “Four Teeth” isn’t far behind, with bassist Nicole Estil taking the vocal for an almost sing songy moment of dark and vaguely shoe gazy rock. Again, it’s a moment that highlights True Widow’s ability to take a simple idea and make it beautiful. It’s what they do best, and what has made their music so compelling for me over the last few years. Her vocals also sit eerily above the closing, excellent “LUNGR”, another standout moment that’s amongst their finest work so far – another point where the distillation of the mournful and the calm in their music meets perfectly and the balance of catchiness and atmosphere is perfected.

The only problem with this new record – if there is one – is that some of it sounds a little over familiar. “Trollstigen” has a slight sneer to the main riff that hints at a direction or mood they maybe haven’t previously gone in (think Low if Tom Warrior had written a riff for them), but there’s a couple of moments such as “Creeper” or “Numb Hand” that just feel like lesser versions of previous tunes. Mind you, with such a distinctive sound, that’s bound to happen after a while, and while these two tracks are maybe the least stellar here, they still work well.

Their basic sound established, what TW have done here is refine their songwriting rather than push it in new directions. Which is fine when the quality of the songs is as high as most of this is. While they’re at the point where maybe the next record will need to get a bit more varied to avoid falling into being stagnant, “Circumambulation” rewards long-time fans like me with a mostly excellent set of new songs and will hopefully haul in plenty of new heads ready to immerse themselves in the night time work True Widow have built for themselves. 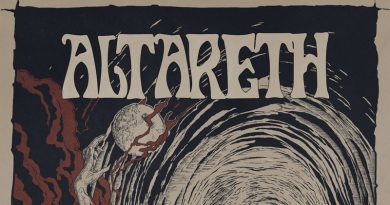