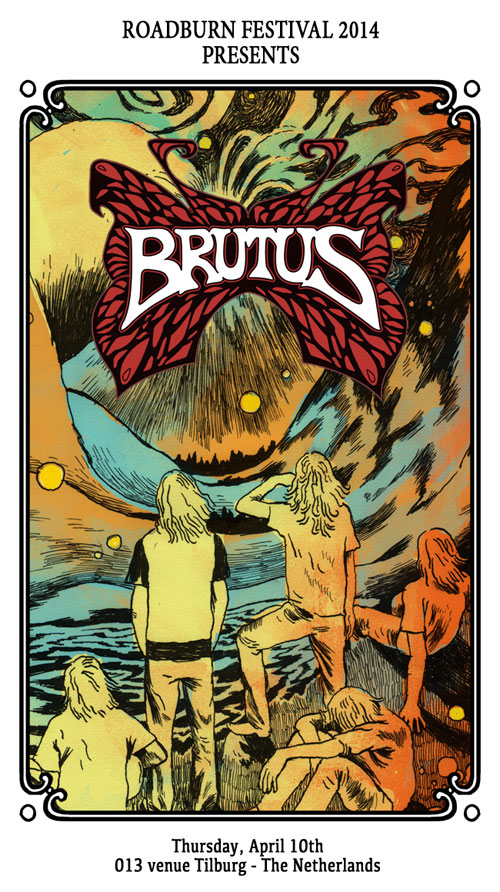 To keep in line with their tradition – not just because they are part Swedish, part Norwegian, but simply because they deliver the 70s in spades with a healthy dose of soulful hardrock, head down boogie and amped up blues luster – Walter & Co are excited to announce that Brutus will appear at Roadburn Festival 2014 on Thursday, April 10th at the 013 venue in Tilburg, The Netherlands.

Inspired by proto metal pioneers such as Dust, Budgie and Buffalo, with nods toward Sabbath and Grand Funk Railroad as well, Brutus know how to throw a good keg-party, as both their self-titled debut album and the recently released Behind The Mountains reek of a good time; these albums could easily be the alternate soundtrack to Dazed and Confused – muscle cars, pick up trucks, high school chicks in flares, denim, beer, sweat, smoking those doobies and anything else you’d imagine to happen when school’s out for summer.

Simply put: no frills, good time hard rock, played from the heart, the gut and the crotch!