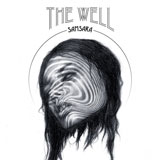 Listen, let me tell you something that may surprise you, considering who I write for – as a rule, I don’t much like Retro/Stoner Rock. Sure, I like Kyuss, Clutch and a handful of ‘next level’ exemplars of the form, but the vast majority of those baked ‘n’ beardy seventies fetishists that you guys go hog wild for bore the living shit out of me. Seriously. The amount of mind-numbingly generic sloppy-arsed self-confessed Stoner Rock bands that appear in the up-for-review queue for T’Shaman and my various inboxes is quite frankly enough to make anyone barring the terminally stoned completest saddoes amongst you sick to bloody death of it.

So, thank de lawd for Austin power-trio The Well, who take those familiar musical tropes and do them better than near enough everyone else doing it. There’s a real driving force behind The Well‘s sound, thanks to the measured percussive thwack of drummer Jason Sullivan, the warm, tight bottom-end of bassist Lisa Alley and the wide-open naturalistic production of Mark Deutrom – yes, that Mark Deutrom – who is most certainly a man with finely-tuned ears.

Lead by guitarist/vocalist Ian Graham, The Well pounds out a sinuous, sexy loping groove that puts me in mind of the serious swing of Tame Impala, tempered with the progressive aggressive blues shuffle of the late, lamented and criminally underappreciated Pearls And Brass and a pinch of that one default rhythm thing that Al Cisneros has been mining for the past twenty-odd years.

Relatively unremarkable and completely typical when seen in print, but in delivery The Well makes full use of their secret weapon – Sullivan. He stomps, crashes and thumps his way across the seven tracks of Samsarain as tasteful-yet-power-packed way as I’ve heard in quite a while. An ass-kicking drummer can always make me pay attention to a band and ass-kicking is most definitely something that Sullivan does better than most. He’s not flash, he’s not overly fancy, he just brings it 100% of the time and it lifts the sound so much. Sure, Graham is no slouch and his and Alley’s vocals blend well together, although her bass could stand to be a little higher in the mix, but for me it’s Sullivan that makes this record – aided by Deutrom.

As with most bands of this ilk, there’s not a hell of a lot of musical variation across Samsara – opening track Mortal Bonespretty much sets the tone for everything that follows, coming on like a slow-mo take on Spirit In The Sky that swerves into Kyuss-esque uptempo rockin’, but as I said earlier The Well have a solid enough sound to take it on and not make me bored and looking around for something else a couple of songs in. A taut, nervy rendition of Pink Floyd’s Lucifer Samsits comfortably within the surrounding material but is very much the most meat ‘n’ potatoes-sounding song on here as far as feel goes, most likely due to the lack of breathing space in its delivery, but is still a creditable enough cover.

The Well aren’t going to change the face of the scene or anything and it’s fairly likely they’ll probably end up being swallowed by the morass of other bands ploughing similar furrows, but it would be a damn shame for people not to give them the time of day. I’d love to hear what they come up with next, what with this being their debut LP and all, hopefully back with Deutrom at the desk again, maybe moving more into the power-blues swing spot that Pearls And Brass previously occupied and away from the Sleep-y rhythm and vocal drone thing that so many other do. Sure, The Well do it well, no pun intended, but, well, why do it at all at this stage of the game? For all of their mention of Joy Division in their press release, they’re still effectively hewing to the exact same blueprint that so many others are religiously sticking to and it seems a shame.

I think The Well have more to give and I want to hear it. 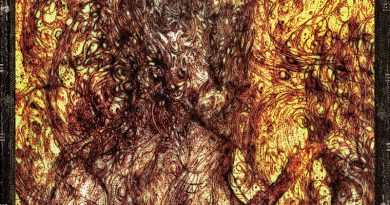