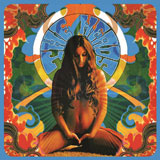 I shit you not, you goggle-eyed loons, but Bristol’s legendary (yet strangely unsung) psych-heroes The Heads are possibly the definitive uber-cult stoner-psych band of the late 20th/ early 21st century. I have a hunch that possibly the majority of people reading this review have never actually heard the music of The Heads, and maybe even a fair few of them have never heard of The Heads before. If they have its maybe because they’ve recently read that they are to be the artists in residence for Roadburn 2015. If my pessimistic hunch is correct, then this is a near-on criminal shame because this searing West Country four piece were/are unequivocally brilliant in their own trail-blazing acid-eating right. It’s like The Heads themselves, after nearly a decade hauling their bashed-up amps around, also felt that they deserved a little more acknowledgement than they actually got – hence the downbeat and endearingly self-effacing title of this long player (which is obviously a play on the title of the classic 1969 Neil Young album).

Why The Heads slipped under the radar of major-status underground fame is due to a complex web of variables I’m sure, but this long overdue re-issue of their cracking and crackling second album should go some way to rightfully establishing this band as pioneers of mind-expanding kick-ass psych-rock who were doing their own odd thing years before all this psychedelic stuff became massive again. Forming at the start of the nineties, the combined combustive talents of Simon Price on vocals and guitar, Paul Allen (now in Anthroproph) on guitar, H. O. Morgan on bass (now in Bristol three piece Pohl) and Wayne Maskell on drums fused together in a chemical cocktail of chaotic energy to purge forth some of the wildest and most eccentric psych-rock to ever be committed to disc and ever to be praised to the hilt by arch-tripster Julian Cope.

This mammoth sprawling two CD or multi vinyl album reissue was originally released as a sixteen track album in 2000, five years after The Heads’ ultra-collectable debut Relaxing With The Heads. This beautifully repackaged item features twelve extra tracks mainly culled from radio sessions and late nineties outtake sessions for the legendary Stateside stoner label Man’s Ruin. So what I’m saying is that you get a lot of material here, and none of it is throwaway. In fact the extra CD of session tracks is a superb album in itself, and works as a perfect complement to the original.

The main album itself is a volcanic sprawl of incendiary guitar violence, Price’s cool half-drawled vocals and slamming drums that positively roars out ‘we are The Heads and we don’t give a fuck about trends and fashions – we just do our thing’. Opening with the catchy Legavaan Satellite, which propels itself on a chord sequence that wouldn’t be out of place on a Jesus and Mary Chain album, this swirling smorgasbord of sixteen tracks possibly sounds even better than it did fourteen years ago. Tracks like Thumbs, Fuego and Could Be… blast forth on rollicking rock riffs that fuse both primal Stooges-esque power and The Heads‘ own unique take on stoner rock or whatever the fuck you wish to call it. Simon Price’s often slurred and laconic and ever-so-faintly Bristolian-accented vocals take a bit of adjusting to, but when the penny drops this all seems to make so much stylistic sense. Yet there are many moments of balls-out eccentricity here too – as an example Barcoded almost has a hint of eighties indie to it, like a kind of bong-addled Half Man Half Biscuit, until searing guitar busts through the twee gentility and pours face-melting acid over the whole thing.

The latter tracks tend towards the kind of white hot psych-jams that The Heads do so well (in particular here the screaming kaleidoscopic molten burst of Motorjam), yet even then there are passages of calm and quiet (as in Song No 1) that initially seem to fly in the face of expectation. This is because The Heads in their wisdom would never play by the book in terms of the psychedelic obvious. They did what they felt was right and in doing so created eminently wonderful music that reflected a very broad listening taste, not just generic Cali-rock like Kyuss, Fu Manchu etc. but stuff from other guitar-based genres too. All of this boils down to an insanely exuberant album that is never afraid to stand out from the stoner crowd in its wildly veering scope and ambition, and due in part to the fact that The Heads sound so quintessentially English in their interpretation of an essentially American sound. My My is a backwards experimental cut up that creates a perfect head-imploding bliss, whilst Pill Jam riffs on for eternity like a hissing lo-fi mutated version of Budgie’s Breadfan. The closing instrumental track Long Gone is the chugging metallic drug nightmare of early seventies Hawkwind married with the raucous garage-punk of early nineties Seattle and sails on into the final grooves of the record like a burning creaking ship navigating its way into the sunset at the end of the world. Maybe the sampled spoken word inserts between the tracks, lifted from various American TV shows and the like, have dated a little, yet they also still highlight the mischievous charm of these roguish Bristolian space marines in trying to provide a real trip for the brain-altered listener.

The additional disc, as mentioned earlier, is worth coveting in its own right too, with very well-recorded and thunderous versions of Legavaan Satellite, Could Be… and Dirty Water contained within its space, plus kick-butt tracks like Delwyn’s Conkers (driven forward on  a reworked version of Chrome’s TV As Eyes riff), all taken from various radio sessions for Peel and Radcliffe. All in all, this reissue stands as a fabulous addition to the record or CD collection of any self-respecting internal voyager and lover of the musical DNA structure of early Hawkwind and The Stooges. The Heads inclusion as Roadburn 2015’s band in residence is, I think, a masterstroke by the organisers. If anyone deserves to play amongst the dope-laced manes, muffs and beards of Tilburg then it’s these oft-overlooked pioneers of the outer rim. Rediscover their genius now dear reader. Hail The Heads. 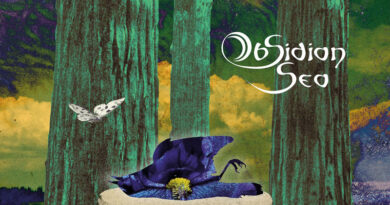