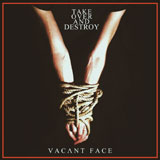 Under the initialism of T.O.A.D. several demented folks from Tempe, Arizona unleashed an EP called Rotten Tide in 2011, where I described them as a “six piece aural assault unit combining the visceral snarl of punk and grind with the more muscular resonance of modern day metal alumni such as At The Gates and Ghost”. That EP was the sound of a new band feeling itself out and featured moments of high theatrics and shades of black metal brutality, wrapped up in a deliciously unhinged schlock horror feel. It was, at the time, an incredibly engaging listen that sounded fresh and attention grabbing.

Fast forward slightly and it is with some shame that I’ll admit that I missed out on the band’s 2013 follow up album Endless Night, 5 more spiteful tracks which saw them fully grab onto their manifesto of being ‘an American rock and roll band from the 70’s trapped inside a Scandinavian metal band from the early 1990s, scoring a John carpenter film’.

Bringing you right up to date, the fully realised Take Over And Destroy present to the world their full next length album in the form of Vacant Face, a twisted, unhinged joy ride into a dark psychedelic sideshow on the run down edge of the American Dream. If T.O.A.D. were just teasing before with any sense of macabre carnival, here the circus has come to town and turned on the locals.

The tender intro to the opening salvo of the title track does little to prepare you for the intense ride that follows; wobbly sound effects and the sort of false start that used to be de rigour for old school thrash albums, building to a snaking guitar lead that is almost sinister and funereal, like the soundtrack to a Hammer Horror film creating an atmosphere that tinges with tension. Then the drums change to a militaristic tattoo, a menacing march and spat vocals bellow courtesy of frontman Andrew Leemont and the track erupts into the full on Black Metal influenced Death n Roll that they showed on Rotten Tide but somehow it is turned up to 11. Everything snaps with a swing and precision that is razor sharp; off kilter guitar runs collide with churning grooves and Jason Tomaszewsk’s battering percussion.

If you like the bombastic nature of classic late nineties Black Metal, then you are in for a treat as this track has it in spades and for those who were starting to think this track was a little straight laced in it’s sonic beat down, then you’ll be pleased to hear the Hammer Horror theme return as Peter Porter on organ helps steal the show at the end as echoey, clean vocals lend another dimension to Vacant Face.

After that the band are off and running as they have no secret they want to hide from you and Summer Isle starts off like The Damned meets cartoon sound track before viciously turning on the listener and mutating into a pummelling powerhouse with a stop/start dynamic and tense melodic run.

I have always been a fan of guitarist Nate Garrett’s work and here he combines with Porter, bassist Dylan Thomas and fellow six stringer Alex Rollins to help carve out a multi-layered sound that furiously combines multiple musical styles without ever sounding like a mess. Despite the savagery of the music on offer there is a gleeful malevolence to the album and a freshness that can’t help but put a grin on your face.

Maybe there is something wrong with me? No scratch that, several people will probably testify to that effect, but T.O.A.D. has produced an album that is incredibly fun and attention grabbing.

To be clear, I am not writing the band off as some novelty, yes they are novel, but there is serious song writing nouse and skill going on here – for all the theatricality of the record, there are some impassioned performances like on the middle section of Glance Away where the band crank up the tension until it almost bursts in your chest, only to cut away to a swinging waltz.

It is hard to pick out all the highlights of Vacant Face; from the pyrotechnic guitar work of Dominance Shiftswith its Slayer like solo and clean, gothic vocal work, to the flat out pulverising of Split Screen or the epic Terminal Burrowing, this is a band audibly enjoying what they are playing. At times it can come across a little camp, like on Where Seasons Lay where the vocals come over like Jello Biafra covering the Rocky Horror Picture Show, but I think the band know this, embrace this and make it a strength in itself, especially as there is usually a spat, guttural lyric right around the corner.

You know those old school Halloween Houses? The ones where you walk around through the old dusty models thinking it’s all a bit funny, camp and cheesy and a good laugh then suddenly it proves itself capable of scaring the shit out of you?

That to me is Vacant Face. The grim looking cover features a bonded pair or arms on a black background, for me it should have had a run down theme park, abandoned yet somehow with power to allow the lights and music to suddenly start, bringing it to life, casting shadows into where the monsters lie.

If Rotten Tide was a trailer, then Take Over And Destroy have just released their movie sequel; I have tried to look at it from a critical slant and I just can’t. If you like Punk, Metal, Goth and theatrics that would do Welcome To My Nightmare era Alice Cooper proud then make Vacant Face top of your acquisition list as it never fails to put a smile on my face.

Like I say, I may have something wrong with me, but clearly I am not alone – thanks T.O.A.D. I won’t miss the next one. 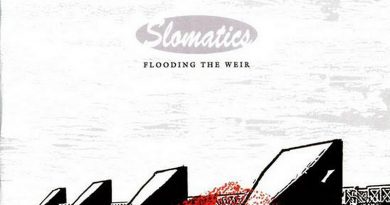