Thomas House’s creative and musical endeavours are many and varied. The only one I was aware of before now was the imposing sludge rock of Sloath, so I’ve been trying to get up to speed on a few others, including Charlottefield, Haress, and of course Sweet Williams. I’m not an expert, but I’ve become a convert.

Sweet Williams has been labelled House’s ‘post-punk project’, and in spite of the contributions of other members and their much-lauded live shows, this remains House’s vehicle. The albums are mostly recorded solo, and That What You Hit continues the theme, but the result this time around is simultaneously compelling and unsatisfying. First, the compelling.

I press play on opening track Dress Rehearsal, and I’m greeted by a huge grumbling bass, lurching and threatening like a mean drunk. The tone is genuinely impressive. House’s vocals kick in immediately with a moaning and weary quality, accompanied by a minimal bit of electronic percussion. Jagged shards of guitar stab through briefly, not to be heard again for another couple of minutes. When they return, they do so in multiple abrasive layers. Through all of this, the bass and the percussion are unchanging.

That’s a fair indication of what to expect from the remainder of the album. There are few signs of verse-chorus pop song structure. The growling bass is relentless and unyielding – an exercise in sheer will. The only other bassist I’ve ever heard with this kind of single-mindedness is Ray Ahn of Nunchukka Superfly. Add House’s melancholy and semi-intelligible vocals, jagged shards of guitar, and a minimal beat, and you get a tense, potent sound, very much built around the bass.

I press play on opening track Dress Rehearsal, and I’m greeted by a huge grumbling bass, lurching and threatening like a mean drunk…

It’s also distinctly groove-oriented and oddly danceable – don’t be fooled by designations like noise-rock or post-punk. It fits with House’s comments on the album’s bandcamp page that he ‘was thinking about rap and house music at the time. And Madonna.’ At first I wasn’t sure what to make of that, but the more I listened, the more it made sense. You could actually think of it as hip-hop played through a filter of noise-rock, sludge, and post-punk.

As to what’s unsatisfying, though; the one thing I’ll never be completely at ease with on this album is the beats. As a rule, I’m not a fan of an electronic beat anyway, but all the percussion on this album was created on a phone. It feels incomplete – a placeholder. To be absolutely clear and objective, this is no collection of bedroom recordings; it’s too patiently constructed. The (other) sounds are too rich, and that bass sound is, I repeat, genuinely impressive, but there’s something wanting.

Obviously a rock dinosaur like me would much prefer to listen to a human bashing on a collection of hollow cylindrical things. Putting that aside, there’s still a warmth and a satisfying thud possible with digital techniques, and that’s what’s missing here, in my opinion. The beats are cold and thin. Insubstantial. And on that unsatisfying note, I conclude my review. 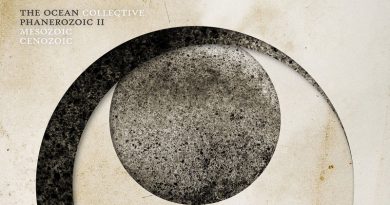 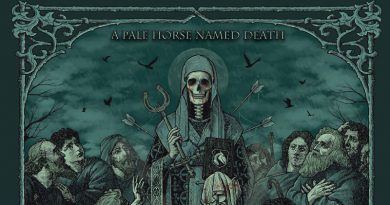