Despite being their first full-length this album by heavy metallic doom outfit Soothsayer has had big backing from Transcending Obscurity, with merch and limited edition special presentation CD bundles (already sold out). Their previous releases certainly gathered some favourable attention and given the heavy blend of classicism and progression on show on Echoes Of The Earth, this is perhaps not surprising.

The album is big on atmosphere, at witnessed in six minute intro Fringe which consists mainly of an ominous invocation and what may be wolf howls. In its partner Outer Fringe however, Soothsayer lay into a storming rhythm that recalls early Neurosis in its refusal to relent, an almost industrial feel and metal foundation. This is not the last time they reach Through Silver In Blood levels of intensity, but its a strong start.

If I can allow myself a small quibble here, it’s that this is more ‘sludge’ that isn’t sludge. This seems to have become a meaningless signifier, covering anything from post-rock with harsh vocals, to slow black metal, to doom that isn’t about bongs or horror films… Anyway, I’m just saying, Soothsayer are worth a listen without claiming to be sludge!  Maybe you disagree with my limited take on the genre-label, which is fine, come find me at the bar some time when gigs are back on and I’ll explain in more depth why you’re wrong.

They follow Outer Fringe with my second-favourite Eugene Robinson (Oxbow) collaboration (first place still goes to The First Broken Promise off Capricorns’ much under-appreciated Ruder Forms Survive). It continues to storm ahead with unstoppable momentum, and this is the side of Soothsayer’s sound that resonates best with me.

I was somewhat less taken by Cities Of Smoke, which leads with a more vulnerable and clean guitar line and gentle percussion, still overlaid with gruff death-ish vocals. It ambles into a midsection that is just a bit too ‘trad’ for me, I’m probably just not ‘metal’ enough. In the last minute they find the rage again, but this does feel like the weak point of the album. Maybe this is a style the band are just exploring and may develop more fully in the future, or maybe that’s exactly what they want to do and it’s just not for me.

Six Of Nothing definitely works better for me, the pace is still slower but bolstered by additional vocals from Paul Catten (Medulla Nocte, Murder One) and Ralf Garcia (Requiem, Wolf Counsel), this more expansive approach gathers that destructive force shown in the first part of the album. The song peaks after a long linear build, reaching an incredible intensity and sets the stage for the last, and longest song, True North. Featuring another cameo on vocals, this time Dave Ingram (Benediction, Hellfrost) and over its twelve minutes, the song develops a number of ideas and reaches some rousing charges that are sure to get fists pumping, before unwinding in an abstract outro to bookend the album as it began. 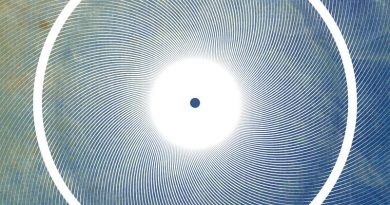