Sometimes I wonder where the time goes. It seems crazy that nearly a whole year has passed since the third instalment of Ripple Music’s Turned To Stone was released, but here we are and, as some consolation for the relentless march of time, we now have the fourth instalment to ponder. Everyone loves a split LP and Ripple have an uncanny knack for discovering bands out of nowhere that lay down the rawk in a satisfyingly heavy manner, so let’s get to it.

Higher Selves, as this fourth record is called, sees Ripple Music reaching out across the Atlantic and presenting two entirely new-to-me bands from sunny Barcelona. I was intrigued by the press release’s promise of contrasting styles, with Saturna playing ‘a soulful, Southern-infused classic hard rock’ while Electric Monolith (love the name – I’m a sucker for any stoner rock name-generator band name) ‘operates on the edgier, more psych-laden side of the 70s rock spectrum’.

First up on my MP3 promo copy is Saturna, a four-piece who have been around since 2010 and, according to Bandcamp have released four albums in that time. Their opening track Keep Me Trying is intriguing and, perhaps more importantly, pretty awesome. Saturna by turns remind you of a whole bunch of bands from the 70s and 90s and then top things off with a sweet chorus that would have sounded very much at home on any number of kick-ass stoner rock albums from the turn of the millennium. It’s a cool sound that’s hard to pin down, but more importantly, sports a mid-tempo groove that’s all but irresistible.

The next two tracks are markedly less eclectic in style and sound like they’ve been transplanted directly from Seattle’s Sub-Pop heyday. Follow The Sun is one of those mellower acoustic-y tracks that you would find lurking in the middle of any self-respecting grunge album and vocalist James Vieco has a voice that was positively built for plaid flannel shirts and ripped jeans. It’s a cool track that sounds suitably summery and as early 90s as shellsuits and Findus Crispy Pancakes for tea. Drowning is an angsty down-tempo tune with that quiet verse, loud chorus that we all know and love. You can see why this was chosen as the lead single from the record – it’s a cracking tune with another excellent vocal performance (and another memorable chorus to boot).

Saturna’s closing track Don’t Run finally delivers the promised southern rock flavour, featuring some piano and tasty southern style guitar licks. It’s a decent tune on its own terms, but after the last two tracks, I feel like I could have done with something a bit livelier or heavier. Perhaps some cowbell or a crushing doom riff, or a widdly guitar solo crammed with gratuitous pinch harmonics? I’m not too fussy really, but I just felt like the Saturna side could have done with a tiny touch more rock to hit the spot. As it is, it’s well worth a listen and I’ll certainly be keeping an eye for any future Saturna releases.

Turning over our imaginary disc, power trio Electric Monolith are an entirely different kettle of fish and their lead track By My Side promises great things to come. It really reminds me of early Kadavar, especially when the Ozzy-esque vocals come in, but embellished with some tasteful jazzy-sounding chords. It’s nothing startlingly different from plenty of retro-leaning stuff you’ve heard before, but it’s a good enough song that, like me, you won’t really care.

After a strong start though, Electric Monolith lost me. I Hope You Feel Better is a short instrumental interlude that’s pleasant enough but hardly vital. Hold Me Again is more rocking and brings to mind Horisont, although for some reason it just feels a bit flat. It mines a similar early 70s retro seam to the opener, but this time around it’s not an interesting enough tune to stand out from the many similar tunes you’ve heard before. So Lonely Drying comes across as another instrumental interlude, although if you were feeling pedantic, you’d be right to point out that there are some vocals buried in there. I’d question whether a five-song EP really needs two interludes and, more broadly, I’d question whether the world as a whole needs another interlude that heavily references Planet Caravan. It’s another one I’d tag as competently played but rather forgettable.

Fortunately, Electric Monolith close on a high note as Nightmares is a quality tune. It’s got a cool stop-start quality to it and really kicks into top gear around the three-minute mark. The guitar tone really makes me think of Horisont again, but as with the opener, it delivers enough rock to overlook that. For me, the Electric Monolith contribution is a bit of a mixed bag. I reckon they’d absolutely slay live, but here on record, they just sound a touch derivative and forgettable.

Overall Higher Selves is an interesting split highlighting two very different bands. I personally enjoyed the Saturna side more but, as with pretty much everything Ripple Music puts out, it’s well worth forty minutes of your time. 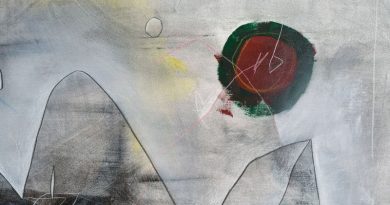