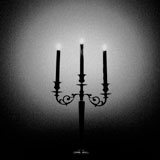 Wrenching their sounds out of the same dark matter as bands such as Khanate, Earth and Floor, Switchblade present their fifth self-titled album….and……well…..words fail me.

This is an absolute, monolithic, shuddering BEAST of a record.

At once stately, spacious and elegiac and uncomfortable, discordant and visceral, THIS is almost a full stop in the discography of Switchblade. Seriously, how could they POSSIBLY follow it?

Heavy in every sense of the word, THIS is the record for those of you who, like me, thought that Khanate let themselves down after ‘Things Viral’.

3 tracks span 49 minutes, but the divisions between tracks are negligible and time distorts under the sheer sonic WEIGHT. The whole listening experience is like being enveloped in a sea of asphalt, and to highlight any of the 3 tracks would be to take away from the whole. This is a recording to be experienced in total, preferably loud and in a darkened room.

Hanging discords give way to hissing twilight ambient vocals before crashing back in with MASSIVE bulldozing chords….rolling Unearthly Trance/Harvey Milk style riffage meets shrieking black metal vocal fury, and all around, negative space abounds. The vocals alternate between a distant hissing and whispering, almost on the edge of hearing, a hoarse, throaty bellow ala Old Man Gloom, and the afore-mentioned shrieking black metal assault, all the while fighting to be heard over the thick, buzzing thrum of the guitar and bass and pulsing, bludgeoning drums.

Ebbing and swaying, the music builds and crashes from frenzied peaks to bleakly twilit troughs and sudden dead stops teetering into uncomfortable silence. THIS is a band that understands the dynamics of sound and demonstrates its complete control over the sounds they make. THIS Switchblade is a weapon wielded with intent.

Bleak, black, abstract and crushing, Switchblade have well and truly stamped their identity down HARD on this release. As far as this reviewer is concerned, no-one in the same field can even come close to touching them now, they are light-years ahead of the avant-doom pack. These are the sounds from BEYOND the frontier. 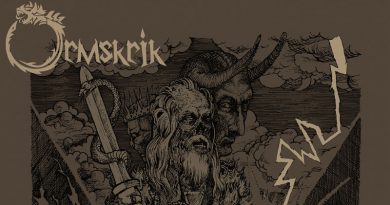