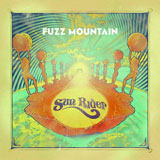 It’s hard to believe that Sun Rider, a band who have been together for fifteen years, have only just released their debut album Fuzz Mountain, more for the fact that it would have been nice to have heard it earlier. Although right now is the perfect time to have done so, with more gigs catering to this sub-genre and of course fans at the moment have shifted interest to, anything but death metal, this has surely helped. It’s certainly been the year for the southern groove and desert rock scene.

Opening with a faster Hawkwind Silver Machine sounding hymn verse it’s not long until the crunchy fun skate-able to music kicks in. With vocals that are dipped in Jack Daniels and guitar licks that you could devour for hours. Heart Of The Sun is an excellent choice to open this latest offering up.

By the time track two tickles the music taste buds with High Priestess And The Moon there is a mixture of sounds between sounds that would be suitable for acoustic open mic night audience as well a huge stadium rock one. With cleaver blends of high octane excitement and of course the odd drops of sleaze in there too.

Dive-bar heroic number Sun Worshipper doesn’t waste time getting into what it wants to say and chimes in with more grooves than a vinyl. Speaking of which the album is available to buy with coloured orange disks (yum).

It’s not too long before Free Ride cracks on after the short lived Sun Worshipper which a bit too snappy! Free Ride is possibly a tribute to their former musical routes as the band begun as Headhaunter who specialised in hardcore and metal, luckily this is a better genre for them.

The album is pretty spectacular with its use of a sitar to mix up the proceedings. During final number Escape To Fuzz Mountain that is a track surrounded by sleep-esque riffage and strong tones that make it a beautifully crafted ending to the album.

It’s nice to hear songs that have a bit of substance to them and are longer than three minutes. This album is packed full of long harmony drenched masterpieces that are busy, but not so much that you don’t know where to focus your energy on.

It’s also not without a good balance of slick 70s with retro styling and early 60s counterculture album design, you’re sold an idea of grimy, sleazy and seductive tunes. Which is exactly what you get with this supplement, its packed full of juicy swirls of psychedelic, bouncing riffs, finely selected solos and hard rock flamboyance, this album is one of the top 10 this year. It’s like a fine wine that ages with brilliance as it goes on and if not already mentioned the band have a fondness for the sun. 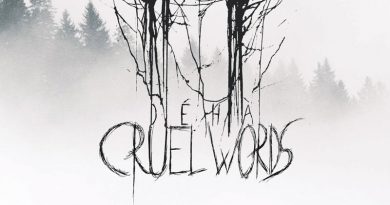 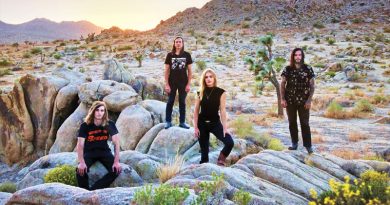