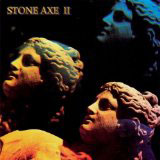 Imagine the scenario; at one stage all the greatest bands of the late 60’s and 70’s were struggling to catch a break…Free, Bad Company, AC/DC, Led Zep, The Faces, Kiss, Thin Lizzy…etc. One by one the Devil visits them and says “hey guys, you pour your souls into your music and souls are my business, write me one awesome song and I’ll grant you eternal fame and fortune”. The Devil places all of these unreleased and unrecorded gems in a vault and rock and roll history is made. Now, fast forward many many years and Tony Reed is kicking his heels and wondering what to do with himself following the break up of his band, legendary stoner rockers, Mos Generator. The Devil appears to him and says “Hey Tony, I’ve decided to retire from the music business…it’s too evil and cut throat. I’ve decided to run for Prime Minister in the UK. I do have a shit load of cool tunes that need to be recorded and they’re all yours…have fun” and with that he disappears giving Tony the key to the vault. Tony hatches a plan…he’s one awesomely talented dude…he plays guitar, bass, drums, keyboards and can sing as well as having his own studio…he gets in a vocalist by the name of Dru Brinkerhoff who, at his best can give Paul Rogers and David Coverdale a run for their money and sets off on a musical journey to bring these lost classics to life.

Ok, so none of this actually happened as far as I’m aware but if it had I wouldn’t even raise an eyebrow. Since hitting the scene in 2009 with their self titled debut these 70’s rock revisionists have created no little stir with their note perfect take on what made the 70’s the greatest decade for rock and roll. Now with an album, a couple of 7″ singles, an EP and a split 7″ with Sun Gods In Exile under their belts, the prolific duo barely pause for breath to release album number two…cunningly titled “2”.

Kicking off with “Old Soul”, a grooving riff fest that immediately sets out their stall…these guys are old souls born way too late!!! “We Know it’s Still Rock and Roll” follows and is the one of the greatest AC/DC songs Bon Scott never wrote with Brinkerhoff delivering a sincere homage in his vocals that brings to mind “Big Balls” in this damning tale of the state of modern music. It’s “Rock and Roll” backing chant gives you goose bumps and makes you realise why you first started listening to this kind of stuff as a kid…a pure beer ‘n’ boogie number in the finest tradition. Next up “Chasing Dragons” lights a camp fire and breaks out the acoustics with a wistful ditty that brings to mind Bad Company jamming with Skynyrd that transforms into a strident blues stomper as Reed fires up the vintage amps and Brinkerhoff excels once again.

“Live For the Day” dusts off classic Free when they knew how to riff and could be an outtake from Tons of Sobs. Reed nails that crunchy yet restrained Paul Kossoff tone and slays with a solo that is pure Koss!!! Reed takes over the mic for one of the album highlights “Those Were the Golden Days”. Reprised from the “Extended Play” EP, this is pure Thin Lizzy gold. In fact if Thin Lizzy had recorded this tune back in ’76 I have no doubt this would turn up on any number of those “Best Rock Classic Albums In the World Ever” type compilations that seem to appear every Christmas and Father’s Day. Thin Lizzy are an all time favourite of mine and this tune is a rival to many of their classics!!! “On With The Show” is up next and a welcome return for the song from the split with Sun Gods In Exile. A big boned, big riffed strutter of a song that reeks of Bad Company meets Kiss with maybe a touch of Aerosmith and Led Zeppelin…and do I hear a small nod towards some Sabbath in there somewhere?

Another refugee from the “Extended Play” EP, “Ain’t Gonna Miss It” backs off the gas with another prime piece of Free meets Humble Pie. This was the first track I ever heard by the band on a compilation and it got me hook, line and sinker right away. This is another track that, had it been written 40 years ago, would be lauded as influential and classic. A new rock band hasn’t been this soulful since The Black Crowes arrived nearly 20 years ago!!! Pete Townshend doesn’t escape the Stone Axe radar either as instrumental “One More Time Before I Die” sneaks in with a droning acoustic riff that could have been plucked straight from The Who’s “Tommy” or “Who’s Next” albums. Reed even nails Entwhistle’s thunderous fuzz bass style and Moon’s explosive drumming with unnerving accuracy. It’s almost as if the guy is possessed by the spirit of the greats when laying down these tracks.

“Just A Little Bit” brings the riff once more matching a Led Zep style verse with a Skynyd bating chorus hook. Then finally we come to the last track “Turned To Stone”, a real curve ball on an album that pumps its guns with some 70s action, this is a keyboard driven homage to Procul Harum’s “Whiter Shade of Pale” topped off with an impassioned vocal from Tony Reed once more.

As much as Stone Axe succeed on every level to revive the spirit of the greatest bands from the 70s they also succeed on a higher level to create an album that is packed from the first note to the last with incredible song writing, outstanding performances and a fantastic production. This is so much more than a collection of songs inspired by their forebears, this is simply an outstanding album in its own right that stands alongside the 70’s classics and will hopefully in years to come achieve the same legendary status. I’m not kidding, it’s that fucking good!!! 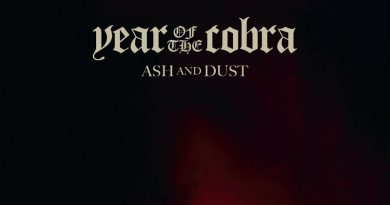