There are A LOT of bands that I’m seriously excited for new releases. There are a few however that I will pre-order without hearing a note. Elder’s new album Innate Passage is one of them. They are consistently releasing fantastic albums and pushing their music to new heights with each release. For me, it was a no-brainer that this needed to be added to my collection as soon as possible.

These progressive rock veterans released their sixth record to the world on November 25th. The album art is fantastic and will nicely sit next to the rest of the collection as well. Many people were excited for the sales on Black Friday, but this year, Elder’s Innate Passage had my attention.

The opening drones and delayed riffs of Catastasis are exactly how I would want the album to start and immediately after, the listener in thrust into a crunchy riff. The delayed guitars re-enter and synth is not far behind. The complexity of the music is what I love about Elder. Never a dull moment and the ten plus minute opener is a journey in itself. Just as you get comfortable in a moment, the music shifts seamlessly.

The title track, Endless Return, has a similar introduction but as the music builds it remains intense throughout. Nick DiSalvo is an outstanding guitarist, and his skills shine through on this song with some moments of shredding as well. Again, the complex music is in a constant state of forward movement, rarely touching on what has already occurred. The listener remains hooked, anticipating the next move without one ounce of boredom.

with each listen, I find myself drifting off, absorbing what I’m hearing and having to start over…

That feeling continues with Coalescence, the center track on the album. It has a steady crescendo with a synth solo to conclude. DiSalvo, Donovan, Risberg and Edert meld together impeccably. Edert had big shoes to fill with former drummer Matt Couto leaving but listening to him on this track seems like he’s been there from the beginning.

Edert and Donovan take center stage at the beginning of Merged In Dreams – Ne Plus Ultra, and it’s one of my favorite ways for a song to start. Drums and bass effortlessly moving together setting the mood and DiSalvo’s hypnotic lead is accompanied with beautiful synth work by Risberg. The song picks up abruptly and just as fast, they bring it back down. This song features an amazing riff around the three-minute mark and I easily get lost in the music. Put on a pair of headphones and experience time completely stopping as you’re 100% into the music.

Currently, closer The Purpose is my choice track on the album but most likely because of the strong post-rock vibes. The musicians effortlessly ebb and flow between serene and controlled chaos. It’s hard to put words down on (digital) paper because with each listen, I find myself drifting off, absorbing what I’m hearing and having to start over. The perfectly dialed in tones from years of hard work and experimenting are translated through this concluding track and as the fading riff silences, a chill washes over me and the need to play it again takes over.

Years ago, I was flipping through the vinyl at my local record store. I stopped at Elder’s Lore because the artwork jumped out at me. I was unfamiliar with Elder at the time, but the well-packaged vinyl ended up leaving the store with me. I thought at worst I’d have a cool-looking record. Little did I know I’d discover a band that will quickly become one of my all-time favorite bands. Innate Passage solidifies that feeling even more and can’t wait to hold the vinyl. 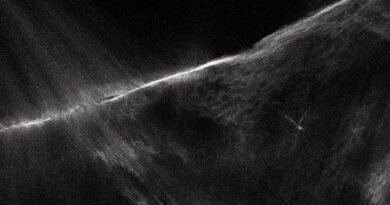