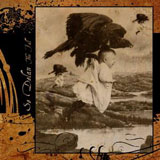 It’s been a productive couple of years for Justin Greaves. Since 2012 he has released two sprawling albums and an EP with prog-punk vigilantes Crippled Black Phoenix, single-handedly scored the independent film The Devil’s Business (the soundtrack LP of which saw a lavish release via the much-lauded specialist label Death Waltz Recording Co.), and has now released an album of haunting ballads with Swedish vocalist Belinda Kordic under the guise of Se Delan. Does the man ever sleep?

Exhibiting a lighter touch than the rousing anthems of Crippled Black Phoenix, or the eerie ambiance of his soundtrack work, and obviously a million miles away from his heavy days in Iron Monkey and Hard To Swallow, he has channeled his expertise with an expansive range of tones and textures into a concise set of songs that constitute his most accessible work yet. This is the sort of album that has ‘breakout success’ written all over it, and deserves to be heard by more than just those with their ear to the underground.

The grandiose cymbal crashes and sharp stabs of piano on ‘Intro‘ don’t really match the tone of the rest of the album, so the track seems to somewhat miss its mark as an actual introduction to this collection of sombre yet seductive songs. It does however give the listener the chance to become acquainted with Kordic’s unique vocals, her delivery sitting somewhere between the sultry breathlessness of Isobel Campbell and the keening wails of Chelsea Wolfe, yet sounding utterly distinct from anything heard before.

First track proper, ‘Chasing Changes‘, is a far better indicator of what’s to come, with its steadily pounding drums and shimmering guitars. Whilst this is some of Greaves’ most restrained playing, the mix does still slightly overpower Kordic’s ethereal delivery. Not in a negative way, quite the contrary; it only serves to add to the sense of mystery surrounding her vocals.

The sparser structure of ‘Beneath The Sea‘ gives the vocals enough room to breathe, as Kordic airily implores “Please lay those weapons down… It ain’t too late to be the better man…” over the apocalyptic folk of fingerpicked banjo and steadily building percussion, while on ‘Little One‘ Greaves draws on some of the many musical components he has honed to perfection in Crippled Black Phoenix. The reverb-heavy guitar and melodramatic strings will be familiar to any fans of the earlier works of his main project, and are complimented beautifully by Kordic’s wistful vocals here.

‘Today‘ is, for lack of a better word, delightful. With its tumbling piano motifs and downright jaunty guitar, it’s in stark contrast to the seductive menace of ‘Tonight‘. It’s on this track that comparisons to Isobel Campbell’s duets with Mark Lanegan are most apparent, especially evoking the likes of ‘Come Undone’ and ‘Come On over (Turn Me On)’.

However, the momentum of the album is shattered entirely by ‘The Hunt‘, a frankly baffling mishmash of indistinct babbling, samples and overly psychedelic guitar noodling that just doesn’t sit alongside the rest of the album at all. When you hit the skip button, you’ll be justifiably rewarded with the incredible ‘Dirge‘, a return to the apocalyptic folk of ‘Beneath The Sea‘ that builds up pounding drums, throbbing bass and layers of guitars just dripping with reverb until the tension is unbearable. It’s quite possibly the best track on the album, and a direction I’d like to see them venture further towards should there be more to come from Se Delan.

‘On My Way‘ alternates between gently strummed acoustic passages and post-rock crescendos, while closing track ‘Lost Never Found‘ brings the pervasive sense of melancholy, heretofore lurking just beneath the surface, to the fore. Sparse piano and sonorous cello provide a suitably mournful backdrop for Kordic’s haunting voice, as the initially slow-burning track unfurls into something truly majestic, and by the time the final notes ring out, you’ll feel drained, elated, and eager to fall for the album all over again.

With ‘The Fall’ Greaves and Kordic have crafted an album that is by turns beautiful, sexy, scary and occasionally just downright weird. As he ventures further into new musical territory, Justin Greaves’ continued ability to write truly moving pieces of music, and to find just the right collaborators to bring his ideas to fruition, is never less than remarkable. With Se Delan, he now has a project that just might wake more people up to his particular musical vision. Here’s hoping they’re paying attention. 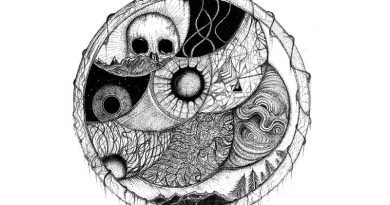