Sometimes something comes along, and it is so unique, it makes you stop, and give it your full attention, just to make sense of exactly what it is that stopped you in your tracks. Argyropoeia, the split album that’s being imminently released by solo artists Sataray and Zanie Morgan, is exactly one of those moments.

To say its ‘unique’ is a vast understatement. This is far more than just an experiment into the dark underbelly of the whole ‘dark ambient’ sub-genre, this is a trip into the supernatural, and every point in between. Argyropoeia itself, according to an Isaac Newton page on Google, describes the act as ‘the transmutation of base metals into silver’, so I guess this project is effectively taking metal, and turning into something very precious indeed.

Both artist’s have accounts on Bandcamp, and according to their biographies, each is described as this…

Sataray is an inhabitant of Olympia, Washington in the US, and is a ‘one-woman dark ambient creation. Ritualistic in nature, using incantations, whispers, and death vocals, along with layers of synth and other electronic elements’. While Zania Morgan, of Oakland, California, is a ‘solo project, who has, for the last thirteen years, been performing live music for specific ritual, and social events. Her presence immerses the audience into an evocative pulse of dark Ritual wave’.

With both of these entities on this five tracker, you can fully expect something altogether far more sensual than you’re probably used to, and Argyropoeia delivers that by the bucket load. To say this is unique is only the start really, it isn’t just five tracks of any sort of discernable music, and it’s far more a sonic experience that you have to give yourself over to completely. Sataray performs the first three tracks, and Zania Morgan is the mastermind of tracks four and five, of this ‘ritual purging for nocturnal metamorphosis’, as is described on the accompanying.

This is far more than just an experiment into the dark underbelly of the whole ‘dark ambient’ sub-genre, this is a trip into the supernatural…

After listening to this through a few times, I’m left a little confused as to where this fits in on the musical landscape. It could well be seen as a soundtrack to a dark horror film perhaps, or an ambient piece to play when you want to be taken away to a different place, both mentally and spiritually. It could be the backdrop to an arthouse piece, or even something to play at Halloween to set the scene. Either way, this isn’t a work for your average metal head, it’s all together a different animal completely.

It’s as far removed as it can be from anything I would jump to while playing music at home, and I think it’s definitely more for a niche market. That being said, it certainly is an all-consuming experience, and its one that leaves me very uneasy, and unsettled mentally.

Sataray’s three tracks, Saturn, Rain, and The Flood, are all very similar in nature. The ominous and atmospheric soundscapes really are otherworldly.  At times they’re somewhat enchanting, while at others, they’re thoroughly mysterious. Quite doom laden throughout, the surreal, and at times spooky soundtrack feels very ritualistic and tribal.

Zania Morgan’s works, Crepulsculum and Nyx Ambrosia follow the same path, but are more broken along the way. Crepulsculum has a real feel as if we, the listener, are being lured. Like we’re surrounded by something unseen in the darkness. As the rhythmic pounding replicates that of a heartbeat, it gets progressively quicker and harder, the feeling of angst you experience is completely surreal and sinister.

Nyx Ambrosia concludes proceedings in the same way, it’s both creepy and ethereal in equal measures, and leaves me with a sense of unease. For the first half of this twelve-and-a-half-minute track, it really feels as if it will change and pick up pace at some point, but at the same time, if feels completely unending. It’s like the soundtrack to a recurring nightmare. It does, however, quicken from halfway, in pace, and atmospherics, and as it becomes quicker and heavier, it sends my pulse racing.

Ultimately, this work won’t be for everyone, its mysticism will divide the audience in to groups of fully embracing it, or not understanding it at all. I guess that is the real beauty of this art, it isn’t supposed to be for everyone. Maybe you need to be more enlightened to certain things to fully appreciate it, or maybe you don’t, but either way, this compelling work is truly one of a kind. 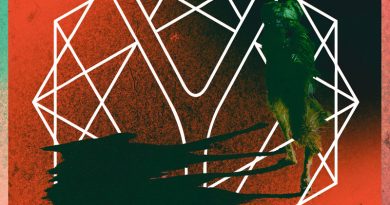