Enablers are a four piece based in San Francisco and consist of Joe Goldring (guitar), Kevin Thomson (Guitar), vocalist/poet Pete Simonelli, and Sam Ospovat (drums). Pigeon Diaries was initially released in 2018 in a digital only format; this time round the EP is pressed to vinyl and a strictly limited edition of 500 copies.

The album was recorded in five different locations around the globe and is being distributed by 3 separate labels, Exile On Mainstream in Europe, Broken Clover Records in the US and Lancashire & Somerset in the UK. The artwork has been carved directly into a lacquer master disc by David Hand of Lancashire & Somerset and 100 different covers have been printed. It is exactly the kind of abstract artwork you would expect from a band such as Enablers, who have been releasing their brand of experimental post-punk/post-rock since the 2004 debut Endnote. This EP follows last year’s Zones full-length, though in its original digital format it preceded it.

This combination of spoken word put to music is in fact not a new phenomenon and Lou Reed’s appalling collaboration with Metallica on Lulu where James Hetfield declared ‘I am the Table’ shows that it has the capacity to be grossly misjudged and end up as an embarrassing failure. Judging from the Enablers previous output however it’s unlikely they would fall into this trap, putting them into the camp of more successful attempts to marry the 2 styles together, such as the Kurt Cobain/William S Burroughs collaboration The Priest They Called Him as well as proto hip-hop legends The Last Poets and Gill Scott Heron.

The track starts off quietly with a collection of oddly atmospheric background noises while Simonelli’s vocals have a definite Jim Morrison style timbre to them, The Doors having released a similar record with 1978’s An American Prayer. Ospovat’s drums come in partway with some free jazz style breaks before fading away again. Slowly the musique concrète style dissonant noise starts to dissipate and instead some delightfully gentle guitar playing enters the fray, the drums this time round less chaotic and more structured.

The accompanying music has a post-rock aesthetic, reminding me groups such as Slint, whose output was challenging yet interesting. You couldn’t imagine Slint, or Enablers for that matter, recording a soundtrack for a film as pretentious and interminable as Zidane: A 21st Century Portrait ala Mogwai. The music also has a soothing quality to it and could make for a decent accompaniment for anyone practicing meditation or mindfulness. As someone who has a perpetually overactive and somewhat anxious mind, listening to this record helped to bring me a sense of inner peace, it has a definite soothing quality.

I would recommend following the lyric sheet as you’re playing the record in order to enhance the listening experience. The imagery Pete Simonelli manages to conjure with his words is vivid, you can picture him walking the streets of the Queens neighbourhood in New York City with its skylines, cops, beauty and hope. This is a beautiful and necessary meditative piece of work for these crazy times. 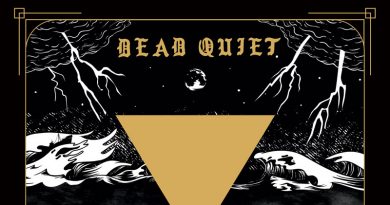