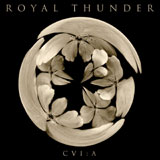 As the amount of female fronted bands to surface in to the mainstream end of rock becomes catastrophic it has become damn near impossible to know who to bother with. Labels are more than happy to sign anyone who can fill the criteria of attractive front woman and occult lyrics and this has made issues for both bands who want to be seen as individual and fans who want some kind of staying power in their music.

Very few of these types of bands will pass the test of time but one such band that has enough individuality is Royal Thunder. Crossing a range of different styles and moods, they are far from the checklist that journalists crave, evident enough from them regularly winning over sludge crowds supporting the likes of Baroness.

After a debut EP and full length ‘CVI’, Royal Thunder have re-worked some of their most popular cuts into three acoustic versions to show another side of the band that is easier to digest.
Already known as having a very soulful sound, ‘CVI: A’ nails the elements of the bands sole album and makes them more emotive than before. The twang in the acoustic guitars of opener ‘Parsonz Curse’ has an impressive amount of pulling power and Zeppelin and Jefferson Airplane become instant points of reference with the very genuine sounding output.

As you may expect, the most recognisable sound on this release is the vocals of Mlny Parsonz. Going from incredibly soft to a quite violent performance in the same song is quite impressive and works well throughout. Her voice is also the only element which has a more modern connection and helps put something a bit different on top of the rest of the band’s more 70s orientated sound.

‘Whispering World’ is the band at their most accessible and easy to absorb. The song has a more simplistic structure and can easily cross over to the more folky side of the pop audience with its non-threatening display.
Closer ‘Black Water Vision’ is the song that makes the easiest transition into acoustic from the full length with moving piano and gloomy guitar work. Orchestral elements again show that Royal Thunder are far from a ‘retro’ act and generally have a ‘do what we feel’ nature about them.

‘CVI:A’ is a great starting point for people unfamiliar with Royal Thunder and provides another side to the band for people already acquainted. This release’s rawer versions regularly surpass their electric familiars and demonstrate a band very much looking forwards rather than backwards. 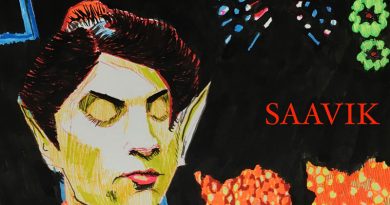