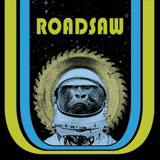 If there is such a thing as a bar in the smokey world of stoner rock then Roadsaw have grabbed it in their calloused hands, lifted it onto their denim clad shoulders and raised it up high and out of reach of most of their contemporaries!!!

Roadsaw’s career has seen them churn out a slew of great hard rocking stoner albums but in naming this new release after themselves they almost seem to be saying “fuck everything else, this is where it begins” as this takes their fuzzy goodness to new levels.

I’m not going to lie and say this is the most innovative album ever recorded…it simply doesn’t have to be. It is, however, destined to become a landmark album in the stoner genre where riffs and tunes collide to make a beautiful whole. At its heart this is a stoner rock album through and through albeit peppered with tasty references to 70’s FM rock and even a touch of punk. From the rolling opener of “Dead and Buried”, through the breakneck charge of “Weight In Gold” to the expansive grooves of “Thinking of Me” to the looping riff that drives one of the album highlights “Motel Shoot Out” this album is 11 nuggets of perfectly formed rock and roll gold. Each riff is precious and nothing gets wasted, particularly on “So Low Down” which could easily become a drive time classic.

Possibly the most impressive facet of this album is the one and only Mr Craig Riggs. Riggs has always proved himself to be a strong vocalist but here he seems to have reached deeper into his bag of tricks to produce an exemplary performance that lifts him to the top of the tree. His voice is at once ravaged by nicotine yet soothed by fine bourbon…edgier than a Bowie knife yet smoother than an 18 year old’s titties!!!! It’s not just his voice that sets him aside, the guy has an ear for a melody and a well placed harmony that comes from the tradition of the big 70’s classics lending this record an almost pop appeal that most stoner bands seem to lack.

Small Stone Recordings seem to riding a wave at the moment with a truck load of exceptional releases in the bag in the last year and just as many on the horizon but with this album they have set the benchmark. Beg, steal or borrow this album…or maybe do that old fashioned thing and go and buy it. In fact do that latter as, not only do you get an incredible rock and roll ride of an album, the cover has a picture of a monkey dressed like a spaceman, and everyone needs one of those!!! 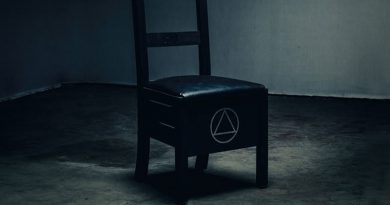