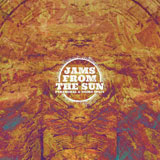 How many lush records do you own? Do you need another Air? Another Zero7, fit for sparking romantic interests and long summer nights? Maybe you need something to replace your dusty and scratched copy of Welcome To Sky Valley, its fifth track Space Cadet badly looping the needle because you dropped it there so many times? Probably not, but you might need this split. As late as this review is, it might just be in time to start up your record players next spring.

Pyramidal and Domo both hail from Spain’s Alicante, a lovely town situated on the beautiful Costa Blanca and affectionately named ‘city of light’ by the Romans. They share the bass player. That’s audible, the lively grooves and familiar stoner riffs clashing into each other so much that it’s no wonder these two bands would release a split.

Essentially this LP consists of five tracks, 3 helmed by Domo and 2 by Pyramidal, full of jams fit for sunny days off. That’s right: no preconceived tracks here, only editing by the Netherlands’ Lay Bare Recordings. On this occasion, Domo’s the more rocking band and Pyramidal the more ethereal – a fact that might turn out different given different tracks to play, but it’s clear that Domo here excels at spinning rock grooves and stoner blues riffs while Pyramidal excels at space leads and lush drones. Both bands use these elements well, however, and they also have some surprises up their sleeves. Not that many though.

Domo opens up with Viajero Del Cosmos, the album’s most rocking song. It opens up with a groovy Zeppelin beat and doesn’t stop till circular stoner riffs propel you on to Roadburn’s familiar stratospheres. Pyramidal’s side opens with Motormind, its flight plan almost identical to Domo’s second song Mantra Astral, its Brant Bjork bassriff and its minute differences in guitar leads and explosions just a tiny tad more convincing than Domo’s take on the same dynamics. The song lays down an extremely lush tapestry, consisting of none too complex but nonetheless jazzily meandering notes that lead the listener up to some ecstatic highs past the five minute mark. That complex description would belie the simple, easy character of the tracks, however, they don’t blast your face off, yet definitely aid hallucinogenic travel very well. It feels a lot like you and your teenage friends, sitting on a hill, smoking strange new cigarettes, head pointed to the future but heart firmly rooted in childhood grounds. It even ends with lush acoustic guitars!

What comes after is more interesting, however: Domo ends their side with a divergence, a big atmospheric drone stacked to the brim with sitar swooshes and tribal drums. Pyramidal’s ending epic Hypnotic Psychotic doesn’t feel like quite as much of a divergence yet still manages to blast out the gate all Stooges-like before settling on the familiar lush ending.

The results are none too dangerous but pleasurable none the same, the meandering tracks taking the listener on predictable but enjoyable trips full of colour and little space effects. Now, that kind of assessment is not meant to be disparaging in the least: it’s just that listeners that are accustomed to rock bands jamming will very quickly settle into either the ‘yes’ or the ‘no’ camp when it comes to these types of dynamics. (“Ah, they’re doing the in-between tombeat, waiting for the explosion”.) On top of that, these dynamics are by now so uniformly practiced by Roadburn bands and other bands filling up the Shaman’s promo vault that most of these bluesy-groove-infused, postrockingly meandering, half-proggy-but-mostly-just-happy-stonerish-bands sound more familiar than the rustling of your toilet paper holder.

The ‘yes’ camp, however, will definitely be able to get their happy stoner kicks out of this one. And that fact may be the one that counts. If you’re one of those geezers that like to recline on a hill and put Kyuss’ Space Cadet on repeat while your friends inconsequentially discuss anything in between love, politics and space movies, this is for you. It’s called Jams From The Sun for a reason. LIE DOWN! 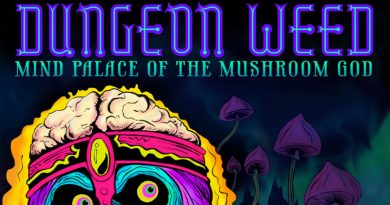