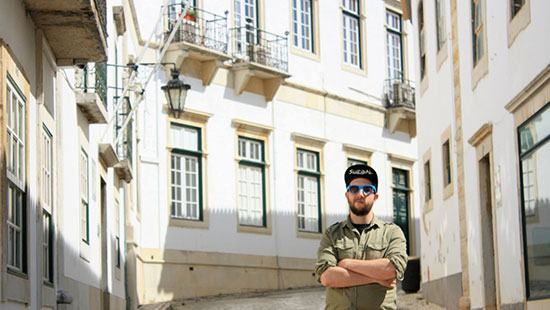 What a year, some amazing editions of great festivals, good releases and overall an intriguing time to live and enjoy music. Though my aural experience this year was largely defined by listening to an intense amount of black metal, I’ve tried to put together a year list that sums up overall what I’ve been enjoying.

The underground seems to be bouncing back a bit, new ideas are emerging, shows are being organised and some really exciting bands did exciting stuff this year. I hope I can get you in touch with some new bands through my list, if you’ve missed out on them. If you did check them out, maybe it’ll be a moment to embrace them now.

10. The Fifth Alliance ‘Death Poems’
These Dutch doom lovers have made an album that outshines their magnificent debut. The amazing trick of the group is to always make the most of less music, which creates dark, misty sounds that never fully grow to the walls of sound and thunderous storms you’d expect. It’s almost like the band makes a suspense film into music, building up tension and never really giving you a moments peace. A great record for sure.

9. My Sleeping Karma ‘Moksha’
Not only is this record from German psychedelic stoners a great bit of music, it’s also an extremely relaxing experience for the listener full of repetition, meditative sounds and a sense of spirituality. The record is full of good, calm music that never really rises up into a full assault of noise. It shows that the loudest music can also be very quiet.

8. King Dude ‘Songs Of Flesh And Blood – In The Key Of Light’
Unlike some, I can still not fully wrap my head around King Dude, but I love his music. I had the pleasure of seeing him perform live as well this year and this album is taking his music to a new depth of meaning and emotional experience. That being said, it’s still bewildering how songs can sound so sweet and warm, but still make chills run down your spine.

7. Panopticon ‘Autumn Eternal’
The Kentucky band has made some excellent efforts of organic, nature inspired black metal with many strong atmospheric parts. This latest endeavour is no different in that aspect, focusing on that one season everyone seems to hate and bringing out the beauty of it. I guess this is not music for everyone, but for me it’s definitely one of the best of this year.

6. Enslaved ‘In Times’
Many people are not too fond of the way Enslaved turned out to sound over the years. Most of those are not happy with the progressive and more doom oriented elements in their music. I’m not one of those people and I truly enjoyed the latest work, titled In Times. It has the black stuff, but also tons of good riffs and catchy elements, combined with a bit of northern mystique. I had good times with In Times.

5. Kontinuum ‘Kyrr’
I’m puzzled why not everyone is up in arms about this band, because they’re amazing. A lot like Sólstafir, but with a bit more meat on its bones, this band from beautiful Iceland made a haunting, daring album that seems to still fly under the radar somewhere. Please give them a spin, trust me on this one.

4. Terzij De Horde ‘Self’
This is definitely one of the most well done black metal releases of 2015 in my book. Feeling the freedom to experiment with the sound and go into different directions is why Terzij De Horde excels in what they do. Blistering black metal, ethereal passages and a beautiful complex theme. I greatly dislike the post-black metal label, because its pushing the envelope for the stale identity of black metal itself.

3. Tau Cross – S/T
Call it a super group if you will, I just call it great stuff. The band was formed by Rob “The Baron” Miller of UK metalpunks Amebix and interestingly enough you find a tau cross decorating the last album of that band. Add members of Voivod and Misery to that and you do have something. Their album is one of the reasons for me to buy a ticket for Roadburn 2016. Raw, catchy and big sounding, its one of the most surprising albums of 2015.

2. Ahab ‘The Boats Of The Glen Carrig’
How can you not love Ahab? Well, you’d probably not like doom metal if you dislike them. Their latest endeavour shows them utilising more and more the contrast between heavy and gentle, between distortion and clean and this development really helps the band in their story telling. It’s more and more like their favourite nautical theme, calm and tranquil seas at one moment, but they can turn into storm and dark ones in an instant.

1. Mgla ‘Excersises In Futility’
There’s something about this record that makes the thought of not including it unbearable to me. Mgla creates a deep, dark pit of misery on this record, with doom-like riffs and big, guttural vocals that remind me of Behemoth. Combine this with soaring guitar play and blistering blast beats and you’ve got yourself a winner. One hell of an album from the Polish ensemble.