After Ramesses’ recent announcement of a gig at the upcoming Temples Festival, I felt I had to finally write the article I’ve been wanting to write for a while. Big boss Lee could use some substance in between all the empty promises I made out to him through the years; Ramesses is a big love, so with the aforementioned timing, this is as good a reason as any other to finally hand in something real. There is, however, another, more ideological reason to write: it is my strong opinion that the old Ramesses and guitarist Tim Bagshaw deserve it, because it has been made abundantly clear that the upcoming resurrection will not include Tim (both by the fact that Tim’s nowhere to be found on any recent Facebook pictures, as by the fact that he apparently wasn’t informed about the reunion). As this article will prove, he was and will remain indispensable to Ramesses. Indeed, one could extrapolate that he was as indispensable to Ramesses as he was to the original Electric Wizard (remember the differences between the old line-up and We Live?), the birth of Serpentine Path and the crushing riffs of With The Dead. Every aforementioned line-up has been regarded as the ‘classic’ line-up and it is my firm conviction that Tim has always been the main reason for the crushing riffs, insane low end and general dedication to apocalyptic jamming that ensued while he was in these bands. I would be delinquent, however, if I did not mention that his best work was always powered by the thunderous sixties jams of drummer Mark Greening. 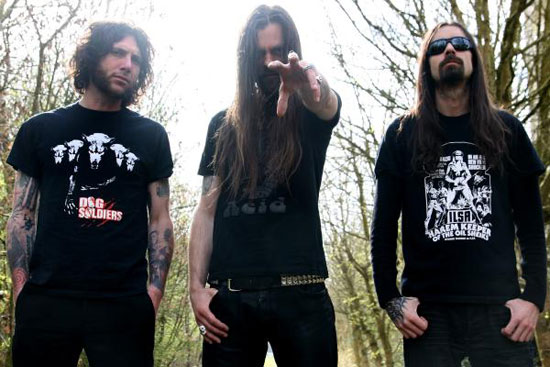 As one can read above, politics are not my strong suit, but I like to think music is. Ramesses is often overlooked, though absolutely loved, by the underground, and I’m here to tell you why you should definitely proceed to this band after you’re done with Electric Wizard, Sleep, Monster Magnet and Kyuss.

I started listening to Ramesses when I just moved to Amsterdam. I slept on my brothers’ floor initially, later moving on to my own little apartment with a roommate. Weed was everywhere, and if I had enough money left I’d drink in the local tavern as well (it didn’t help that they sold both commodities at wonderful prices). Shitloads of psychedelics had already been done in the lovely woods of hometown X, so it was time to get on with drinking. I was a young man on the run, mad at most of my family (mostly for bad reasons, though some held merit, like the fact that you can’t drunkenly slam your kids through the house) and bereft of the love I’d had for a girl for five years. A whole cast of weird characters, especially the ladies, passed my scene. To sum up: belated adolescence redefined.

That was about seven years ago. Somewhere in between burying my face in the pillow and smoking much too much, all day every day till next morning, I discovered Ramesses after reading that the legendary Wizard rhythm section started up a new band after leaving. Tim Bagshaw, that Dub Bass Guy (remember Return Trip?) played guitar now, and looking at the differences between We Live and Let Us Prey, he was instrumental in creating that too repetitive, too loud, too jammy horror sound that I loved so much. So I went up to YouTube, put on a track and wondered at the black metal tones, the howling voice and the thunderous jammy rhythms of Mark Greening. How could I make sense of the Next Step in Doom? Amsterdamaged I was, yet Amsterdoom still had to sink in. And my own band, in which I played drums, had barely managed to grasp the ways of stuff like Sleep.

Putting on the track Witchampton was and still is a lot like taking the word ‘morose’ and alchemically manifesting it in whatever room you’re playing it in. It’s what Howlin’ Wolf would’ve played if he was a man of horror instead of a bluesman. It’s what Autopsy, Winter, Electric Wizard and Black Metal had been building for years, culminating in one track that so utterly sucks the life out of any room that you’ll be staring at the speakers, wondering why your long-buried psychological trauma just came back to haunt you in aural form. In other words: the perfect match for whatever unloving nonsense I had in my head at the time. I kept coming back to it, after initially not really viewing it as part of the musical ‘phase’ I was in at the time. 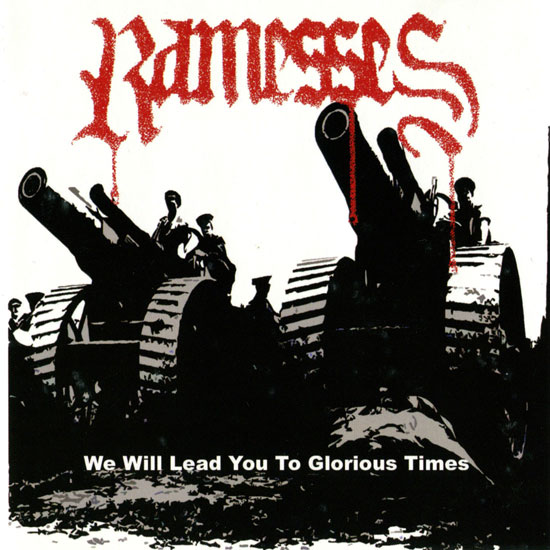 And it didn’t end there. Ramesses’ debut EP, the wonderful and aptly named We Will Lead You To Glorious Times, swiftly shattered my notions of what Doom and other Heavy Vibe Music was capable of. Tracks like Black Domina made abundantly clear that there would always be a deeper grave to dig as long as you treated the shovel with as much devotion as Ramesses. I hadn’t yet straddled into Swans, Godflesh or other decidedly more cathartic and less ‘rock-y’ territory. And yet, the endless string of Ramesses interviews I read did point the way to both Loop and the venerable Justin Broadrick, so I compounded my gains. Adam Richardson, bass/vokills, the absolute gentleman who spoke (or typed!) in lovely verbose occult ways, pointed the way to a host of wonderful artists and ways of thinking that I still love today. I understood: the practical use of assuming intuition is magic, the love of horror in all its forms, the childhood Hawkwind fascinations, the tales of almost falling off a cliff because of the delirium-inducing plant that is Datura. He crushed my hand at the first Roadburn I went to, and later on we were among the ten-or-so people that survived Justin Broadrick’s White Static Demon set at Roadburn 2012, which made me feel connected. That set cured me of a lot of somber thoughts.

But that was only after I had already had my fill of brilliant Doom benchmarks like Misanthropic Alchemy and Take the Curse. Though noticed little, gathering from the endless Sabbath worshippers and Uncle Acid copies of today, they pointed the way to where Evil in Groovy Music could go after Electric Wizard. Sadly, few others have attempted similar feats. Billy Anderson’s overdub-heavy production on Misanthropic Alchemy helped propel the bone-like, uncoiling guitars of tracks like Ramesses Part 3 or the golden alchemic landscapes of Lords Misrule to genuine psychedelic heights. A few years later in 2010, an as-of-yet unnamed Cuban traditional producer(!) gave a warm but huge feel to the band, after which all tracks in between Iron Crow and Khali Mist nestled the Psychedelic Crown of Horror firmly on the three skulls of Tim Bagshaw, Mark Greening and Adam Richardson. 2011’s Possessed By The Rise Of Magik had its faults, but I still personally consider it one of the most ‘advanced’ doom albums around, pointing to the genre’s future. Why? Well, because it sounds like it was literally recorded in the horror-places that Take the Curse’s songs were about.

The music of Ramesses is a perfect combination of Mark Greening’s intuitive and thunderous jamming, Tim Bagshaw’s crushing horror guitar and Adam Richardson’s knack for atmosphere and the Occult. I’m serious about that last fact: Adam can do more than ten different vocal styles, ranging from death grunts to the coldest black metal shrill to the most melancholic old-man wails I’ve yet heard this side of Skip James. And he plays the bass while he’s at it. All of this combines into a lovely package which, for the lucky few who can stand its plodding march of doom, functions as one of the highest-quality iterations of Heavy Vibe Music around. Try listening to Serge Gainsbourg’s “Danger and La Horse on a cocktail of childhood trauma, a sheet of acid, too much booze and you’ll get what I mean. 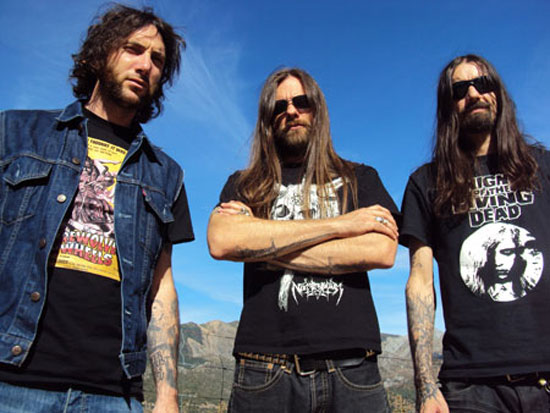 Sad as it is for us Ramesses fans, Tim moved to America in 2012 and formed death-doom supergroup Serpentine Path together with the as-wonderful dudes from Unearthly Trance. Adam and Mark formed 11Paranoias, and though 11Paranoias is in good condition, from there a whole lot of other drama unfolded which nobody really wants to hear (hint: it’s got the words “Electric” and “Wizard” in its name). The recently formed With The Dead, however, are well worth a mention, though that band is nowhere as heavy as Ramesses could be when they were in the midst of their own cathartic horror mode. I think Tim Bagshaw is the only guitar player in the world who can play riffs in such a way that they – actually – sound like a bunch of moonlit crows on bare branches in the middle of a cold winter night. For that reason, the fact that Tim won’t be joining Ramesses’ resurrection is one of the biggest bummers of the year.

By now, I’m on my way to becoming a well-to-do value investor (a whole ‘nother tale for a whole ‘nother day) instead of bloodying my knuckles on the walls. My own bands are doing well. But Ramesses helped me excise and control the emotions that were raging in my head and heart at the time. And I don’t think any musician can aspire to anything more than the gift that I got when I first turned on Witchampton. Thank you Tim, Adam and Mark, for all the catharsis and help through the years, and last but not least: for being absolutely wonderful, loving gents while doing it.

Squinting At The Alternative Underground By Michael Collins 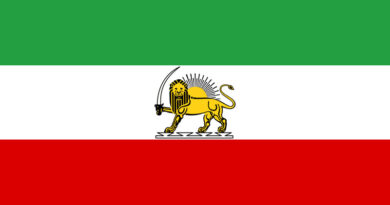 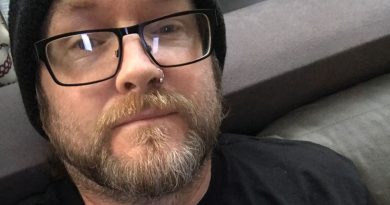