Comprised of six stages and mastering the previously unfathomable feat of mixing together every major metal sub genre in to three days of sonic chaos, HellFest is famed for its dedication to the riff. 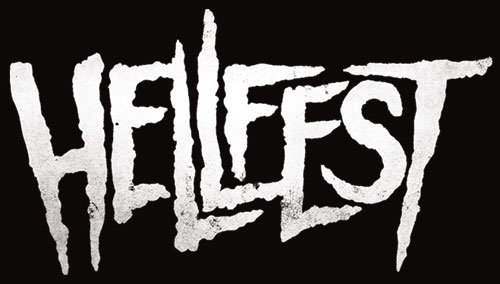 Starting life as the successor to the much more hardcore dominated FuryFest, HellFest has had some truly memorable moments from the completely necessary metal pomp of Manowar to rare shows from the likes of Godsnake and The Obsessed. This year is set to be the biggest year yet, somehow booking Iron Maiden, Aerosmith and Black Sabbath to battle it out as main-stage headliners to a sold out crowd.

As there are so many bands scattered amongst its three days, here’s a stage by stage breakdown of who can’t be missed.

The Main Stage(s) is obviously where the biggest acts are going to appear and this year has a really diverse mix. The ballsy booking of boogie kings Status Quo simply cannot be missed and should provide some excellent drunken sing alongs. NWOBHM heroes Satan are going to be one of the biggest highlights of the first day releasing one of the best comeback albums ever in ‘Life Sentence.’

The trio of Maiden, Aerosmith and Sabbath needs no explanation in a must watch list but how unbelievably in form Sabbath are since their 800th reformation with Ozzy needs a special mention. Arguably, The Sleeping Shaman would have nothing to write about without these Brummie gods and missing these would be crime of the century.

The Altar is where death metal reigns and having a stunning tribute to Death themselves in the form of Death To All is a great place to begin. The untimely death of Chuck Schuldiner has left many imitators but no one who can hit his supreme levels of musicianship and these shows are a great excuse to celebrate a legend.

Brutal Truth are another hugely influential band who will be playing one of their last ever shows at HellFest. A rare show from Repulsion is also guaranteed to get limbs flailing with the grind legends bound to deliver one of the sets of the weekend.

The Temple stage is dedicated to all things black metal with candles, animal blood and make up likely to be a sell out at the nearby supermarket. Fan favourites Watain, Gorgoroth and 1349 headline the stages and Watain in particular are likely to bring a lot of fire and alchemy to proceedings.

For the smaller bands, Impiety will no doubt provide one of the most savage sets France has seen, having branded their unique style of ancient black metal since 1990! Another band that have been pummelling away for years now are Norway’s Gehenna with a number of classics under their bullet belts. 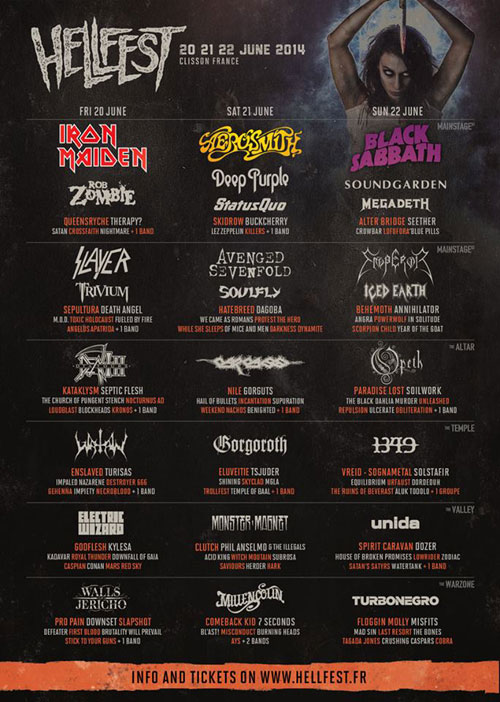 If The Sleeping Shaman did line ups it’d probably look something like this year’s Valley Stage with doom, ‘stoner’ and sludge on constant rotation. Everyone’s favourite doomsters Electric Wizard headline the first night, looking to spread their wish to ‘legalise drugs and murder.’ With a new album apparently imminent a couple of new songs would be welcome alongside a certain number from ‘Dopethrone’ that has become, realistically, a modern doom anthem.

Wino has graced many HellFest’s with his various projects and a rare Spirit Caravan set will no doubt be one of his most triumphant. Having given doom many gems, the heavy grooves of Spirit Caravan will prove one of those ‘had to be there’ moments when looking back at the weekend.

Several younger bands grace the stage during its afternoon period and America’s Satan’s Satyrs are the ones creating the most buzz in the metal underground.  Sounding like a bizarre mash up of Electric Wizard and Black Flag, Satan’s Satyrs will nicely break up the more relaxed atmosphere of The Valley and have people yearning to watch classic biker movies.

And let’s not forget, other Shaman faves Godflesh, Kadavar, Conan, Clutch, Monster Magnet, Acid King and more will also grace the Valley Stage over the 3 days.

Going back to where it began, The Warzone contains punk, hardcore and metal core for those seeking speed. The return of Turbonegro is the highlight of the stage in quite intimate surroundings for a band who played the main stage last time round.

An unexpected outing from US hardcore legends Bl’ast! is one of the most salivating prospects of the weekend. Now with bass guru Nick Oliveri (Kyuss, Queens of the Stone Age etc) in their ranks it’s fair to say that a truely noteworthy performance will be on the cards.

HellFest takes place between the 20th and 22nd of June 2014 in Clisson, France, the full line up can be viewed HERE and I’m sure it will make festival of the year for those seeking a diverse, well selected music trip. 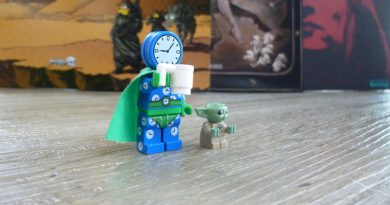