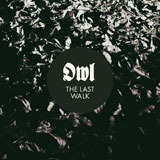 Owl, a band that when you first hear their work you could only describe them as being a whole-hearted , sludge, death metal, bombastic and chaotic blend. Then you hear the newest slice from the band and your mind is changed, as it’s treated to a gliding swamp of pure ambience with a few branches of exploration. This forewarned, isn’t a release for everyone.

Consisting of Valborg members; Patrick Schroeder on drums and Christian Kolf on everything else, the duo have turned focus this time away from the melancholy of heavy sludgeing, bombarding death metal. The contrast is stark due to the lack of percussion found in the soundscapes as the focus has turned to be a blend of harmonious structures, which harbour doomy and hybrid progressive moments.

His vocals are stunning, just everything about them compared to the previous pieces is like listening to a wolf turning back into man, after a full moon is over, leaving feral traces behind and progressing onwards to the new day.

There is also something of a religious testimony underneath this, like a chanting riverbed that you can place new music on top of in your head, but it is a harmonious hum that makes it pleasant enough to carry on listening. It’s in this blanket of harmony you’re ever drawn in, like a lapping shoreline of sweet orchestration.

Having heard the latter works of Owl it’s hard to relate this song back into their discography, for example Into the Absolute is draining and rips you apart whilst you listen to it, The Last Walk gives you a frequency upgrade. With moments of pastoral voices and strong mechanical hums with similarities, to Steven Wilson and Type O Negative vocally with some old Grand Magus tones for good measure.

By the time you’re eight minutes in, the song peaks into a blistering snare crescendo that swirls a chorus of “Get born,Get ready to die” chants, before wistfully balancing out into silence and clean guitars and feedback blend, before slowly building the vocals back up again.

The whole track pays homage to the idea of slow paces and harsh build ups into luxurious aftermath chants and strong willed lyrics that push this piece into a new realm for the band. It’s a track full of sadness, experimentation, and really does show the musical talents of the band. Having released Into The Absolute and this track in the same year, you can hear the band are aiming for something away from the previous songs and succeeding. 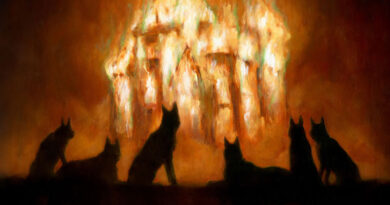